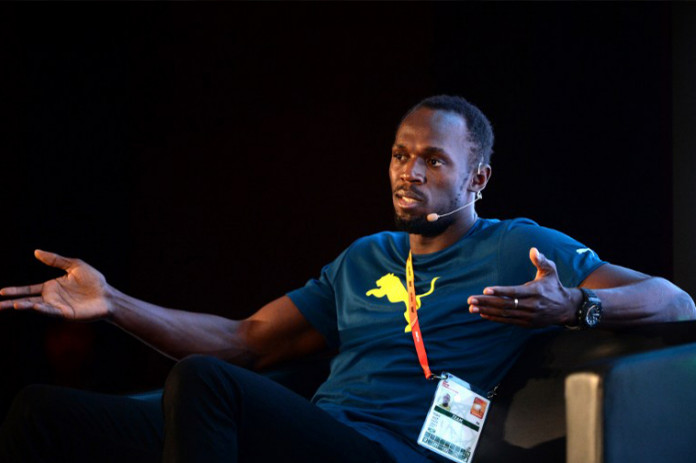 On the eve of the World Championships, which get under way on Saturday, Bolt also pledged to show he is back to his best despite a low-key 2015 to date.

Mo Farah, who shares the same agent as Bolt, has already made his blood passport public, in the wake of the controversy stirred by the leaking of a database of 12,000 blood tests which appeared to show that doping is widespread.

Former distance runner Paula Radcliffe argued this week that athletes should keep their blood data private. But Bolt sided with Farah, saying: “I’ve heard this come up, people saying they’re going to release their blood data. I really don’t have an issue, I really didn’t know I got one.

“I thought the IAAF [athletics’ governing body] were the people with the blood passport, who decided if they were going to release it or not, so I really don’t have an issue with that because I don’t know much about these things. I just do it because those are the rules and what’s required.”

Radcliffe argued: “The key point is you can’t prove you are clean. We don’t have a foolproof, 100 per cent testing programme in place, so we can’t prove that. What the World Anti-Doping Agency are trying to say is we don’t want this data in the public domain because people don’t understand it, it is very complicated. Something like the blood passport has taken a long, long time to get to where it can be properly interpreted by proper experts.”

Bolt will be up against Justin Gatlin in the 100 metres here, with the American, who has twice failed drugs tests, running faster this year at the age of 33 than when he won the world title 10 years ago.

The new IAAF president, Lord Coe, has expressed concern about Gatlin racing here, saying he would feel “queasy” if he or any other convicted drugs cheat won gold.

On the wider issue of doping, Bolt said: “It’s really taking centre stage. All I’ve been hearing over the past couple of weeks is just doping, doping, doping. The majority of questions are about doping. It’s sad it’s at the forefront of a World Championships and not about the competition, but I can’t do anything about it.”

Athletics needs Bolt, its stellar name, more than ever but he has been notable for his absence from the world’s fastest times in 2015. He clocked a season’s best of 9.87sec at the Anniversary Games in London last month and reports from his training camp suggest he is in the shape to run 9.60sec – and 19.40sec for the 200m.

Despite his lack of competitive races, Bolt, who turns 29 on Friday, said: “I’m at my best, that’s all I can say. I’m in great form, I’m happy with where I’m at. I’ve been running good, my start has come together at the right time.

“I would have rather had a few more races but I’ve been training good, everything is coming together. My coach is happy, that’s the key thing. When he’s happy I always know I’m in good nick. I’m good to go.”

Bolt added that he would prove the doubters wrong yet again. “It’s not the first time,” he said. “As soon as I get an injury people start questioning if I can come back. It’s just one of those things.”

The outgoing IAAF president, Lamine Diack, has backed Coe as the right man to help the sport rebuild in the wake of the latest doping allegations. “He is big enough and strong enough to face up to these problems,” Diack said. “He loves this sport, he will do a great job.”