Home Features Dons from D.S out to create an upset 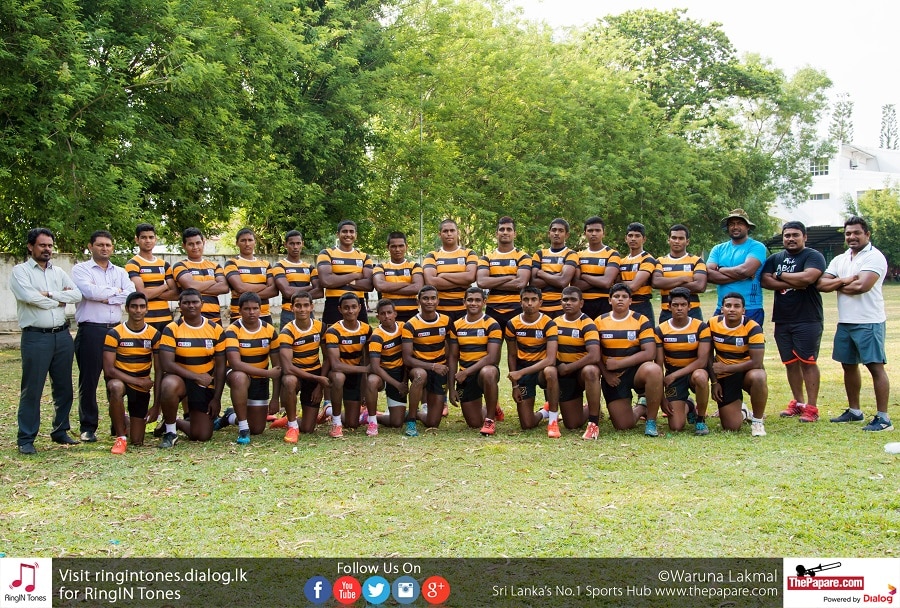 The 2016 schools’ rugby league will see D.S Senenayake drawn up in the Division 01 segment “A” section alongside Royal, St Joseph’s, Wesley, S. Thomas’ and Trinity College.  D.S Senanayake will be looking to create an upset early on this season by beating at least one of the aforementioned teams considered as traditional rugby playing schools and in the long run to be able to retain their place in the top division given that they have always been relegated at the end of both rugby Division “A” tournaments they have appeared in so far.

Last year D.S produced one outstanding performer, Buddhima Piyarathna, who went on to represent the National team in both 7s and XVs rugby. They also expect that a few in the current crop could go on to represent Sri Lanka in a similar capacity, although they still find it hard to produce 25 players on a match day.

2016 season will see Gold & Blacks led to battle by Mohamed Ashraff, a lanky center three quarter who is turning out for his 5th season for D.S, Ashraff along with his co center Ruchira Weerakoon, who is also a 5th year player, has been a part of the 2014 team that featured in the schools top division and the experience that they will bring to the team is going to be crucial for their chances in the daunting task of remaining competitive in the top division. The current crop consists of 8 players who have represented the 1st XV team and D.S has all the base work to do some damage this season.

This D.S outfit is coached by Sumedha Malawana a former national player who turned out for Navy sports club in the domestic circuit. Speaking to ThePapare.com Malawena mentioned that they are focusing on consistent performances and getting the basics right so they can remain in the “A” Division.  He will be assisted in his duties by Dev Anand and Niranjan Wickramarathna.

With limited resources and support available to them compared to the other schools in the top division, D.S has to look no further than Science College to find inspiration on how to make a mark in the schools’ rugby arena. Once the whipping boys of the top league, the lads from Science have now turned out to be a real threat to every team in the league. D.S Senanayake have the same if not better potential as long as they believe in reaching the top.