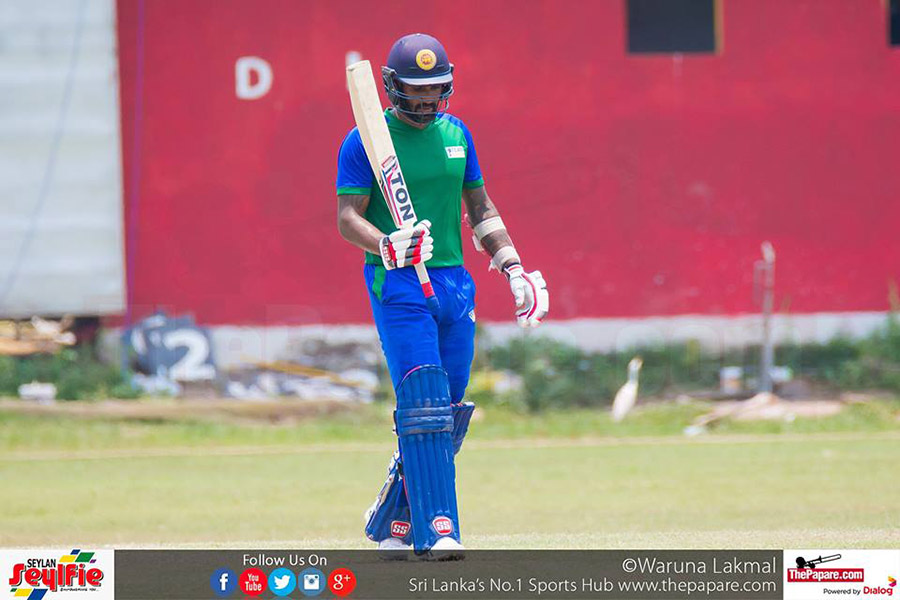 Kandy, Colombo, Mannar, and Kegalle Districts enter semi-finals in the SLC Inter District tournament after winning their respective quarter-finals worked off in various venues around the island today.

Kandy District skipper Dimuth Karunaratne won the toss and opted to bat first as they lost 7 wickets for 165 runs, however Chamara Kapugedara and Sachithra Senanayake got together and made an unbeaten stand for the 8th wicket to power Kandy to 273. Kapugedara stroked 111 ball 100 and Senanayake made a brisk 36 ball 53. In reply Jaffna managed only 166 in 27.4 overs as Kandy cruised to 107 run win to qualify to the semi-finals.

After losing the toss, a strong Mannar outfit piled up 272 in their 50 overs in a District quarter-finals which was worked off today at Panagoda grounds. Lahiru Thirimanna anchored the innings with a brilliant 74 and Janith Liyanage along with Lahiru Milantha made useful cameos to help Mannar District to a formidable total. In response Trincomalee District folded to a hapless 71 as left-arm seamer Chathura Peiris destroyed the Trincomalee batting line up to give Mannar a convincing win.

Chasing victory, Matara managed to crawl past the century barrier with half their side in the hut when bad light came into play. Colombo was awarded the victory according to the D/L method by 10 runs sending them through to the semi-finals.

Kegalle District batting first was bowled out for a below-par 148 inside 41 overs. Right-hander Hashan Dumindu was the top run getter for the lads from Kegalle in a game which was worked off today at FTZ grounds.

In reply Badulla was dismantled by the Kegalle spin duo Akila Dananjaya and Prabath Jayasuriya as they shared eight wickets to guide Kegalle District comfortably through to the semi-finals.