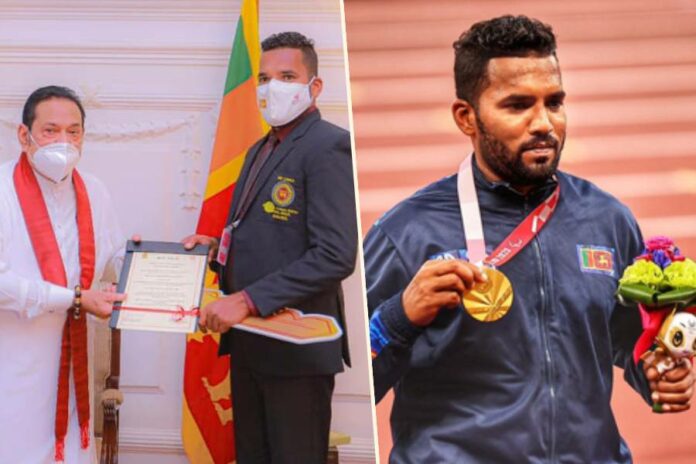 35-year-old Herath who won gold in the F46 Javelin throw with a World Record of 67.79m at the Tokyo 2020 Paralympics, became the first Sri Lankan achieve such a feat.

The Prime Minister, in his capacity as the Minister of Urban Development and Housing has instructed relevant authorities to expedite the provision of the house through a housing project implemented by the Urban Development Authority.

Herath received a new house in the Metro Homes Housing Complex at Slave Island. Sports Minister Namal Rajapakse praised the para-athletes’ performances and pointed out his suggestion to include Para athletic sporting events in the National Sports Festival in the future.