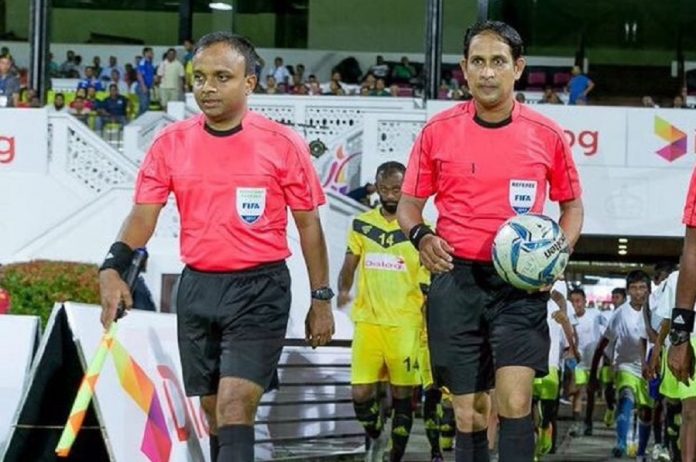 Referees Dilan Perera and Palitha Hemathunga will be representing Sri Lanka by officiating in the 2019 AFC Asian Cup which is being played in the United Arab Emirates.

The tournament which will take place from 5th January to 1st February, is the 17th edition of the AFC Asian Cup, the quadrennial international men’s football championship of Asia organized by the Asian Football Confederation (AFC).

Dilan Perera, one of the most experienced & decorated Sri Lankan referees, will officiate as one of the main referees while Palitha Hemathunga will act as an assistant referee.

The first match for both will be the Group E encounter between North Korea & Qatar. Both were also part of the referees’ team for the 2015 AFC Asian Cup in Australia.