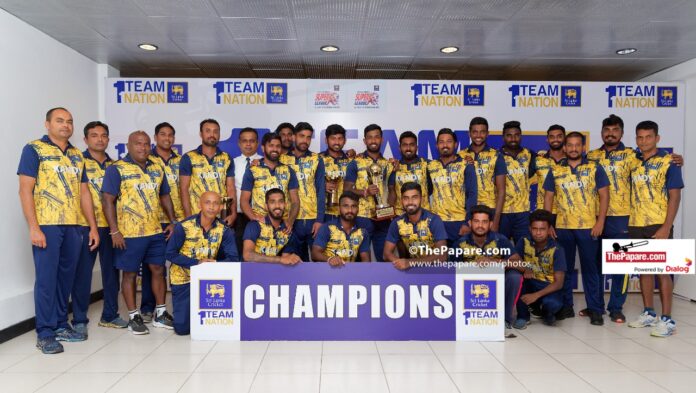 The final day resumed with Kandy leading by 269 runs with 9 wickets in hand but the persistent rain occurring in the island washed out today’s play without a single ball being bowled.

Kandy which managed to take first innings honors was awarded the victory, thus they managed to bag the inaugural NSL 4-day championship title. Kandy who ended as runners-up in the NSL 50-over tournament going down fighting Jaffna in the final took the revenge bagging the 4-day title of the tournament defeating the same opposition.

Kandy skipper Kamindu Mendis ended the tournament as the top run-scorer with 886 runs in 6 matches at 80.54. Colombo’s left-arm spinner Prabath Jayasuriya who took 26 wickets in 4 matches with an average of 22.15 topped the bowling chart.