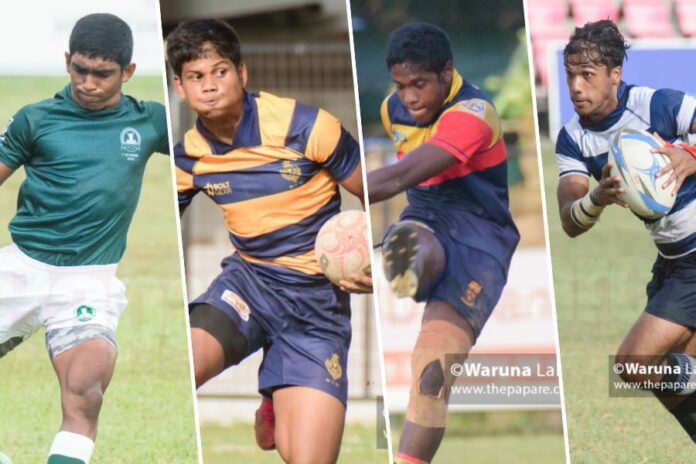 Due to the current situation in the country, Dialog Schools Rugby League 2022 matches scheduled for 14th and 15th July were postponed. However, the Sri Lanka Schools Rugby Football Association have given the go ahead to proceed with the 16th and 17th July matches.

Six matches in the Division 1 Segment A will be conducted over the weekend with Colombo and Kandy hosting three matches each. On Saturday (16th July), there will be four matches, whilst the remaining two games will be worked out on Sunday (17th July).

With only one game being played last week (Week 3) due to the prevailing situation in the country, this week’s matches (Week 4) will be crucial for all 12 teams as they look to restart their aspirations of qualifying for the all-important Super Round next month. 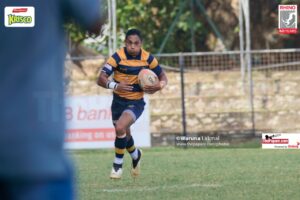 After a thriller against Trinity last week, which resulted in a 21-20 loss, the Royalists will be eager to bounce back and claim a win over the Thomians. This game will also be played for the Michael Gunaratne Trophy. The hosts will no doubt start as favourites in their own backyard but S. Thomas’ cannot be underestimated.

The Royal backline can be dangerous in any given day. The likes of Thevinu Saparamadu, Hansaka Higgoda, Pasindu Heshan and Kaveen Sasanga will look to gain meters along with the boot of Nabeel Yahiya.

The Thomians will depend heavily on their number 10 Yehan Bulathsinghalage to direct the traffic and let hard runners like Viyan De Silva, Akira Perera and Jaden Koch to finish off the moves.

The forwards from both teams will be well conditioned but the number eight battle between Chariya Kurukulasuriya of STC and Navin Perera of RC should be interesting. 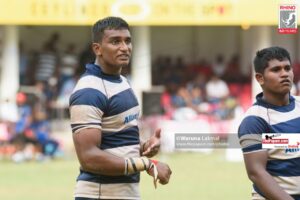 This should be the game of the week as this could be the final time where we will see two unbeaten teams taking each other in the group stage. Trinity College will be confident in overcoming St. Joseph’s College in their own backyard following a morale-boosting 21-20 win over the reigning champions, Royal College in Colombo last week.

The Josephians have been clinical so far in the competition beating Kingswood College and S. Thomas’ College. If the hosts register another win, they’re pretty much guaranteed of a place in the Super Round as they have won three out of three so far.

The visitors will be wary of the threat posed by the Trinity backline led by their centre pairing of Lithmal Moragoda and Anuhas Kodituwakku. From the Josephian point of view, they will want their big number eight Naveen Marasinghe and skipper Teran Karunanayake to continue their try-scoring form.

However, the battle between the two half combinations is set to be quite intriguing. The half combination of scrumhalf Shaveen Premerathne and fly-half Attab Manzil have been so far excellent for Trinity whilst their counterparts – Vihanga Randeepa and Subhash Dilhara have delivered for St. Joseph’s College. 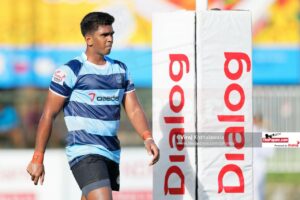 This game should be interesting as a loss for these two teams will pretty much bring curtains to their chances of making it to the Super Round. Wesley College brushed off Vidyartha College convincingly in Week 1 and then could not score a single point in their loss against Isipathana College in Week 2.

The Science College boys are yet to register a win having lost to Isipathana and then held 15-all by Dharmaraja College. Both these teams did not play last week thus should be fresh to deliver a solid show.

Science will want their big players such as skipper Hansaka Laksan, fly-half Nadun Kaveesha, and winger Saruna Hasitha to step up and overcome the Zam Zam Zakey challenge of Wesley College.

For the Double Blues, skipper Tharusha Jayaweera will need all the support from the likes of fly-half Shaveen Jayawardene, prop forward Hafiz Thabeeth, hooker Shem Elisha and half back Rigesh Muralitharan. 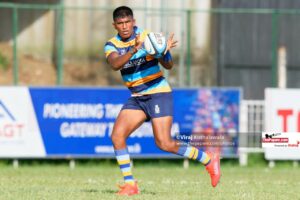 After a spirited, historic win over St. Peter’s College fortnight ago, Vidyartha College will come out as favourites to keep their winning run intact. Dharmaraja College have not won a single game so far so they will start as the underdogs in this clash.

Vidyartha led by Arosha Rathnayake will expect key play makers such as Deshan Balasooriya, Ranidu Gajanayake and Menuka Tillakaratne to bring their best game against their arch-rivals, Dharmaraja.

For the Rajans, the two co-captains Sawmya Wijesiri and Thenuka Wickramasinghe will need to shoulder the bulk of responsibility but keep an eye on Kasun Senevirathne, Poojana Rathnayake and Anjana Ellegonna.

If weather permits, these two Kandy teams are sure to put up a solid game in front of a sell-out crowd. 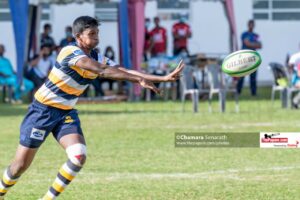 Isipathana College is the only unbeaten team in Group 2A and they will face an uphill task to maintain that unbeaten tag when they take on the wounded Peterites.

The hosts, Isipathana have won both their games against Science College and Wesley College. However, after a demoralizing defeat at the hands of Vidyartha, St. Peter’s College will need nothing less than a win to get their campaign back on track.

The Peterites would have put that loss behind and will expect a lot from skipper Sudesh Jayawickrama, who had a forgettable outing at fly-half against Vidyartha. The leadership of the two vice-captains Chanupa Cooray and Windhya De Mel will be needed for the Peterites as they play against one of their oldest rivals, Isipathana College.

The ‘Green Machine’ of Isipathana will once again expect skipper Dahan Nithina to lead from the front, playing in his pivotal number eight position whilst the dangerous backs such as Rinesh Silva, Sonal Sansoni and Malith Mihisara loves some space to work with. 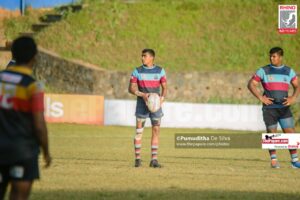 Kingswood College have been very disappointing in both their games in Colombo suffering heavy defeats against St. Joseph’s College and Royal College. Playing in their own backyard, the boys from Randles Hill will be expecting to put up a far better performance. Anthonians have also lost both their games but have played some good rugby so far.

Expect a full house in Nittawela as two Kandy teams go head-to-head chasing their first win in the season.

St. Anthony’s College place-kicker Sahan Keerthisiri has had a good start to the season so far along with skipper Jeyan Amarasinghe. For the Kingswood, it’s all about building some momentum for the future, thus they will look for new heroes to emerge.