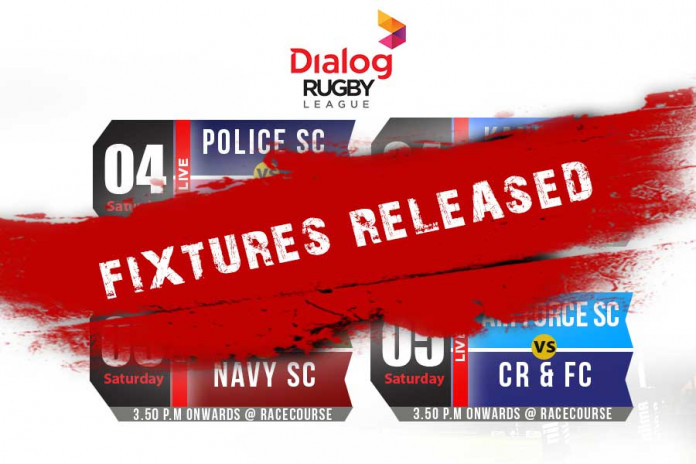 The first round fixtures of the 2017/18 Dialog Rugby League has been released by the Sri Lanka Rugby Football Union.

The fixtures have been released according to placing from last season and Kandy will begin their title defence against last season’s last placed CH & FC at the Maitland Place in Colombo on Saturday, November 4th.

The fixture will be the launch of the 2017/18 season. Soon after, runners up from last season, Havelocks SC will be taking on Police SC at home under lights.

Navy SC take on fellow force, Army SC at Welisara while CR & FC travel to Rathmalana to take on Air Force to conclude week one of the Dialog Rugby League.