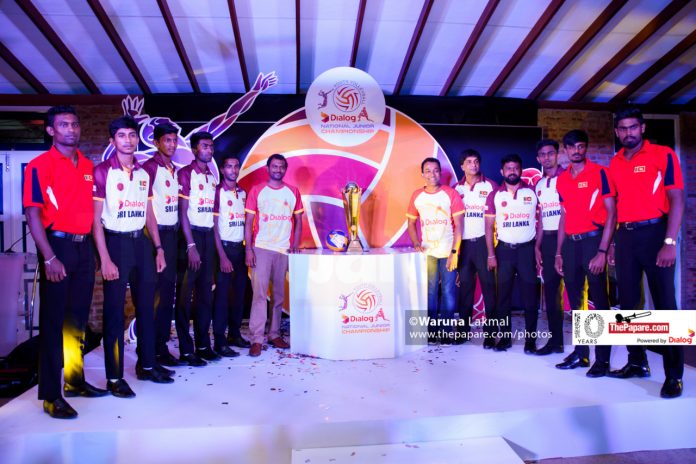 The 2019 Dialog President’s Gold Cup will include a Challenge Cup for the runners-up teams from the District Stage.

Sri Lanka’s premier connectivity provider, Dialog Axiata PLC, together with the Sri Lanka Volleyball Federation, launched the tournament, which will be utilised as a funnel for selections for the Sri Lanka development pool.

The U23 tournament will have over 1,625 teams from 25 districts participating with the competition to be worked off through a period of three months, with the grand finale scheduled to be played at the National Youth Services Council Indoor Stadium.

The top 100 teams from the inter-district level will be picked from an intense three-day playoff and then proceed to the provincial level.

“Tournaments like the ‘Dialog National Junior Championship’ are imperative to identify and nurture new talent to compete at an international level,” Dr. Ranjith Siyambalapitiya, President of the Sri Lanka Volleyball Federation said.

“I use this opportunity to thank Dialog Axiata for their continuous support towards the uplifting of Sri Lanka’s national sport to an international level.”

“As a company that is ubiquitous with the pulse of Sri Lankan lives, Dialog Axiata is once again pleased to have powered the game of Volleyball and empowered the youth of the country through sports,” Harsha Samaranayake, Senior General Manager – Brand and Media, Dialog Axiata PLC said. “I wish the tournament all success.”

The Sri Lanka U23 have made significant inroads at international levels and achieved a top eight finish at the recently concluded Asia Junior Men’s Volleyball Championship in Yangon, Myanmar.