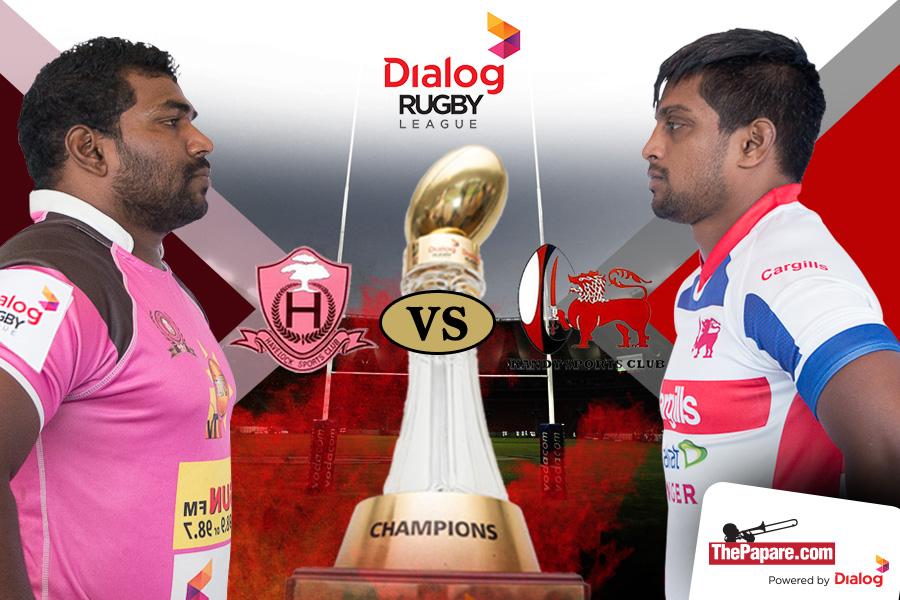 The winner of the Dialog Rugby League 2016/17 season could be decided this Sunday at Havelock Park in the penultimate weekend of the tournament as Kandy travel to Colombo. 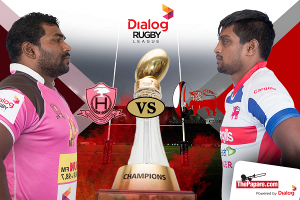 A win for Kandy SC would mean that they will retain their title although they have one more match to play in the final week against bottom of the table CH&FC. On the other hand for the Havies, even a win on Sunday may not be enough to seal the title as they have another tight game at Welisara next weekend.

Looking at the previous two week’s play, the hill capital team has shown a lot more venom and enthusiasm in comparison to opponents Havelocks.

Even though Kandy and Havelocks have 63 total points each but Kandy tops the table as a result of the head to head result as they won in the 1st leg against Havies. They have also scored more points (PF) than the men in pink. Their losing bonus points have paid dividends, helping them climb the ladder.

Home advantage and playing under lights will certainly help the master tactician Ronny Ibrahim, the coach of Havelocks. Last week’s second half performance by the lads in pink was much better than the first after he made a few vital changes at the right time which resulted in a 31 – 10 win after a 11 – 10 score at half time against CR&FC.

Havelocks : Ganidu Lakshan was injured but is hopeful of playing this weekend. Niroshan Fernando, Prasath Madhusankha and Mithun Hapugoda had tiny niggles but will most probably start for the decider.

Kandy: Captain Roshan Weerarathne was injured in the Police match and was rested last weekend and hopefully he will lead the team this weekend. His brother Gayan Weerarathne has been a pillar in the no12 shirt but he too sustained a hamstring injury and is in doubt for this game. But Kandy have the luxury of a fantastic bench with Nigel Ratwatte making a fine start at center last weekend.

Players to watch out for:

The battle between the highest points scorer and the highest try scorer will surely be something to keep your eyes on in this game. Ranjan is no stranger for the Park club as he was wearing the pink shirt just last year. Dulaj Perera is most commonly seen at fly half but did play in an unfamiliar position at wing in the last two games.

Wijesinghe has probably played the season of his life after being a part of that champion team in 2013 for Dharmaraja College. His kicking has improved in leaps and bounds thanks to the kicking guru Nalaka Weerakkody. In addition to this, his attack and defense has been outstanding along with the high ball contest, it will be interesting to see how he gets involved with the Kandy’s attacking line.

Dixon, the little magician, has a lot to deliver to the park club and Sri Lanka rugby in general. He needs the ball in hand more often than not to use his twinkle toes to beat any defense.

There will be a huge physical battle between these two players at No8. Both have been outstanding for their respective teams. However, discipline till the 80th minute is what matters most at the breakdown. 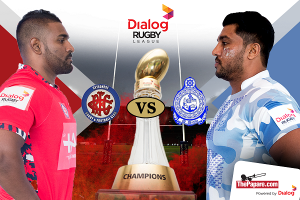 Navy had a disappointing loss last week and they are also having a few player-coach conflicts. However, Sailors’ coach Mothilal Jayathilake believes they will bounce back in the remaining games and the Clifford Cup knock-outs. CR&FC also need this much important win; they were brilliant in defense last week but did not do so well in the attack against Havelocks. 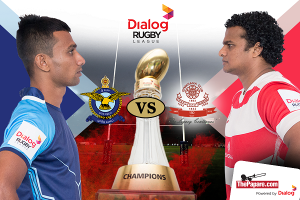 The astonishing Airmen still remain giant killers but will go into the game with the upper hand against CH. Coach Leonard De Zilva has done well without any big names in his team. They will hope to bounce back after a heavy defeat last week at Nittawela. CH&FC just missed their win in a close encounter over Police last weekend; that shows their belief and courage to be part of this league. 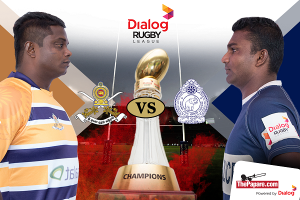 The Soldiers still have a chance to finish 4th but only if CR lose their two remaining games and Army win both of theirs. Last week they were simply brilliant and will hope to repeat the same in their home ground. Cops took the game too easy against CH in the second half and they need to work 150% harder if they want to bounce back and play for the pride.