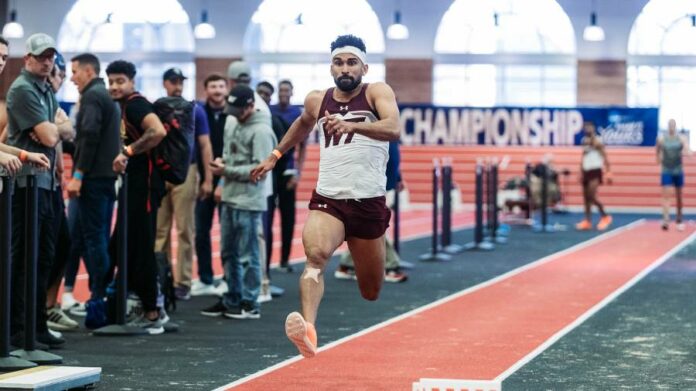 A fabulous performance from Dhanushka Sandaruwan in his first outdoor meet of the season with a leap of 7.87m and grabbing first place.

Sandaruwan has been having the season of his life, as this is his 2nd best timing in the span of a few weeks. In February of this year, Sandaruwan renewed one national record in the Indoor format.

Benildus Fernando’s 1995 Indoor Record of 7.75m was kept intact till a couple of weeks ago, till Dhanushka Sandaruwan broke it 27 years later with a jump of 7.82m at the 2022 USATF Masters Indoor Championship in the USA.

In his first Open outdoor meet of the year, Sandaruwan leaped a 7.87m to a first place finish. The current National record in the Men’s outdoor Long Jump event is with Amila Jayasiri which he recorded in 2016.