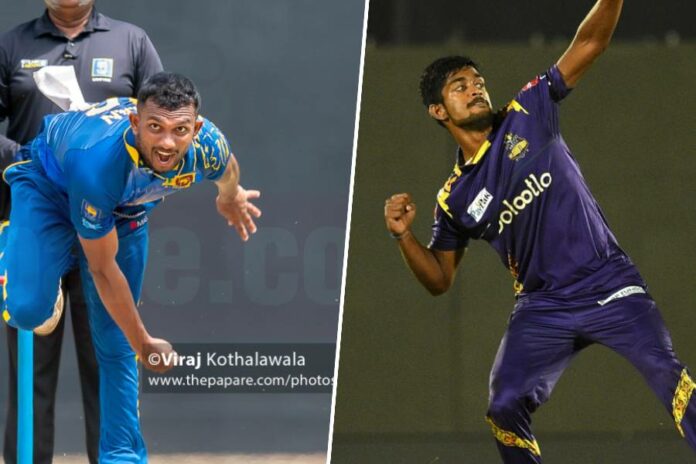 All-rounders Dhananjaya Lakshan and Ishan Jayaratne have been tested positive for the COVID-19 virus.

The up and coming star Lakshan, who was praised for his excellence at the inaugural Lankan Premier League, and the now Ragama CC all-rounder Ishan Jayaratne tested positive for the virus following mandatory PCR tests conducted on the preliminary pool of players for the Bangladesh tour.

They are said to be close contacts of the uncapped seamer, Shiran Fernando who just walked out of quarantine on the 8th of May, after testing positive for the virus. Shiran is now named in the touring party to Bangladesh.

Both Lakshan and Jayaratne have not been named in the final squad to Bangladesh, they will now be quarantined.

Dhananjaya Lakshan can be Sri Lanka’s next Angelo Mathews