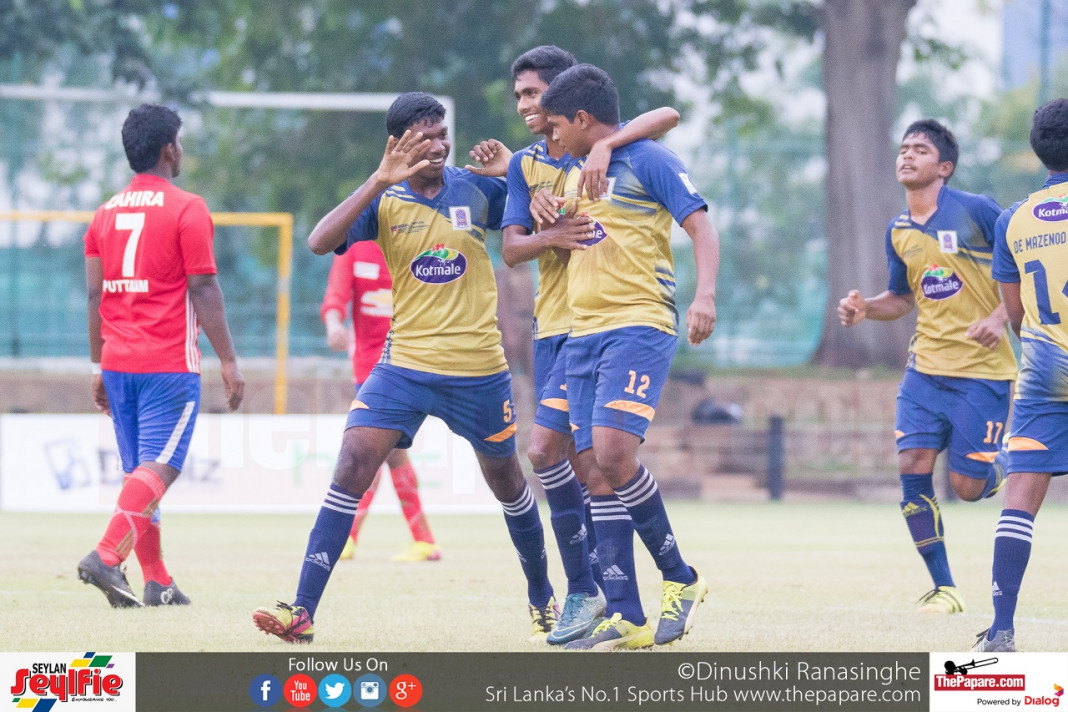 De Mazenod College Kandana hammered a hapless Zahira College Puttalam 6-2 to capture 3rd place honours to end their campaign on a high,in the President’s Cup worked off at the Race Course International Stadium.

The lads from Kandana came into this clash after an agonizing defeat (2-1) at the hands of Maris Stella College in the semifinals while their opponents were demolished (6-0) by the defending champions Hameed Al Husseinie College in the other semifinal.

Zahira College took a shock lead as early as the 3rd minute through J.M. Jaheer as their opponents failed to wake up to the task. Despite starting to settle into the game the Mazenodians found themselves two goals behind come the 12th minute when Jaheer slipped their defense to score his brace.

Unfazed by the double setback De Mazenod dominated from that point onwards controlling the ball through midfield as they were rewarded richly just 3 minutes after when former skipper Ranju Silva breached the Zahira defense to pull one back.

It was De Mazenod from that point on as the relentless pressure bore fruit to add two more before half time.

They added three more goals to cement the victory in their favor in the 55th, 59th and 71st minutes receptively as their opponents Zahira College looked at sea after their early flourish had faded with time.

The final whistle bought an end to Zahira’s misery as they found themselves put to the sword once again within a space of a week.

Ranju Silva was the stand out for the victors as he grasped midfield by the scruff its neck and played a tireless game to put their semifinals disappointments behind them to bag third place honors.