Home Tennis Sri Lanka is back in the game in Singapore 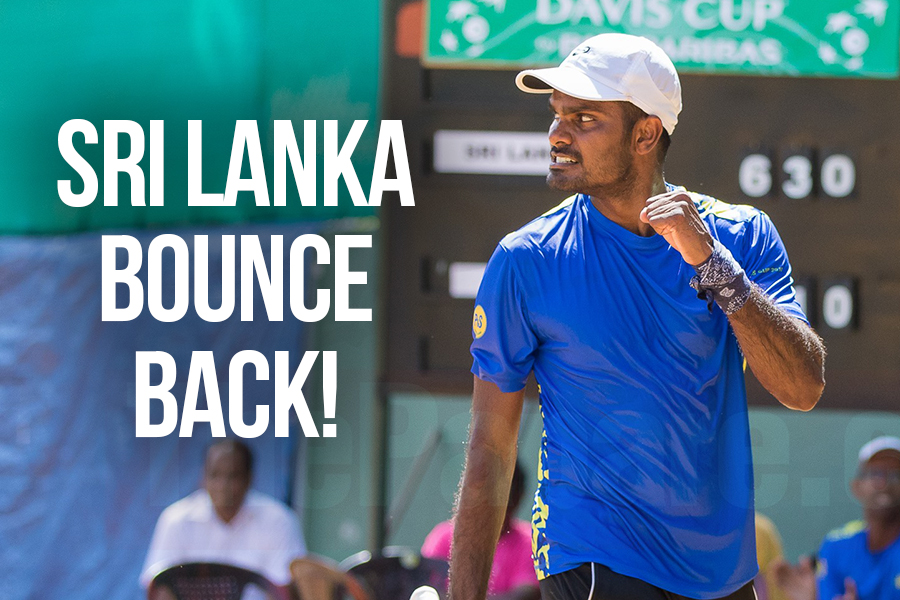 The senior Davis Cup Team of Sri Lanka bounced right back into contention after a win against Kuwait in their second fixture, in the 2019 Davis Cup Zone Group III Tennis Championship, currently being worked off at the OCBC arena in Singapore.

They suffered a tough loss in their opening tie against Vietnam, losing three close matches and found themselves in a bit of a rut. However, the boys performed extremely well in their second-round fixture against Kuwait to win 2 rubbers to 1 to find stable ground.

This time, the two most experienced campaigners manned the tie in both the singles and doubles. Dineshkanthan Thangarajah kickstarted the day but wasn’t able to win his maiden match in this year’s tournament.

He was up against Abdullah Maqdes of Kuwait who managed to top his counterpart in straight sets with a break in each set. Sri Lanka was on the losing end of this one with Maqdes tilting the boat in Kuwait’s favour early in the day. Final scores read 6/3, 6/4.

Next up was Harshana Godamanna, playing his final round of singles in the Davis Cup for Team Sri Lanka. His opponent, Mohammad Ghareeb, Kuwait’s No.1 player packing 62 Davis Cup ties worth of experience, with 77 wins and 32 losses.

Godamanna helped tarnish his record a smidge, increasing his loss total to 33 with a straight set thrashing, 6/3, 6/1 to level the field, leaving the Doubles to decide the victor and increase the chances of a promotion to Group II.

Much like the Lankan pairing of Thangarajah and Godamanna, the Kuwait bench sent in Ghareeb and Maqdes to finish the deed.

The first set was deadlocked at 6-games all forcing a tie-breaker. In an epic turn of events, the Lions pulled through in a slim two-point lead winning the first set 7/6 (5). Much more settled than the first, Godamanna and Thangarajah played a well composed game in the second set to win it on a break to call game, set and match.

The 7/6 (5), 6/3 victory marked Sri Lanka’s first win at this year’s Davis Cup and sent Sri Lanka to 3rd in the Group standings with 2 wins and 4 losses so far. Their final tie will be against Singapore, who sit at the bottom of the table, later today.