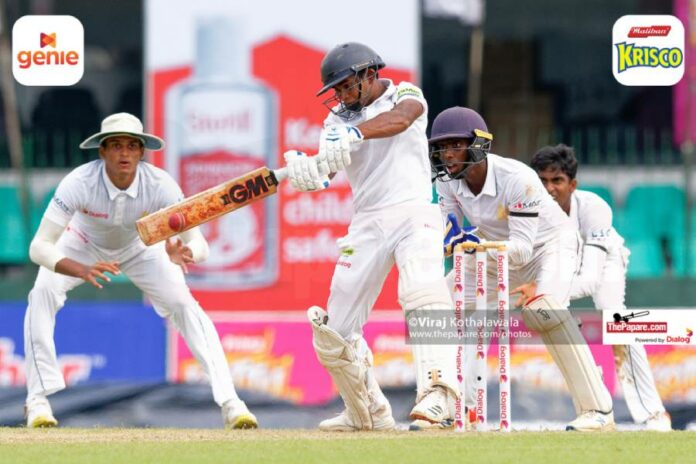 The 143rd Battle of the Blues between Royal College Colombo and S. Thomas’ College Mt Lavinia is scheduled to be played on the 21st, 22nd, 23rd of July 2022 at the Sinhalese Sports Club (SSC) grounds Colombo.

Being the oldest uninterrupted cricket series in Sri Lanka and the second oldest in the world, the “Royal-Thomian Cricket Match” is a cricketing tradition with over 143 years of history.

“Whilst we had originally planned to have a normal match in line with past expectations, given the current serious socio-economic issues being faced by our nation we have re-evaluated our position and the Royal Thomian Joint Match Organizing Committee (RTJMOC) in close consultation with and the concurrence of the heads of the two schools have unanimously agreed to scale down and play this year’s game only as a schoolboys’ match” a statement from Royal-Thomian joint organizing committee said.

“Playing the “Big Match” is of paramount importance for the cricket playing students to display and record their sporting achievements, and to continue a tradition that has been valued for 143 years. Thus, the 143rd Royal Thomian will be played with the presence of only a segment of the senior boys as allowed by the school authorities but not be open to the public. However, we are pleased to inform loyal supporters of this important event that the match will be broadcasted live with our principal sponsor Dialog Axiata via ThePapare.com on Dialog TV in the interest of the old boys, Tent holders and general cricket viewing public.”

“To further strengthen our position on this, we have discussed with our key stakeholders and unanimously agreed to play the game for a noteworthy cause whereby a significant portion of any revenues generated will be channeled and distributed accordingly.”

“The 143rd Battle of the Blues will be played with the true spirit to extend the uninterrupted tradition of 143 years, while we act responsibly during this unprecedented and challenging time.”