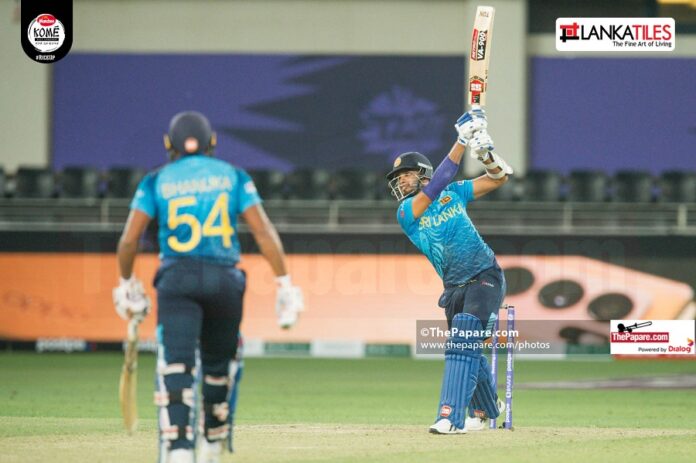 Sri Lanka Skipper Dasun Shanaka believes that having already played two games at Sharjah will give his team an advantage over South Africa in their Group 1 encounter in the ICC Men’s T20 World Cup Super 12 round on Saturday.

Sri Lanka defeated Netherlands in Round 1 of the competition, and Bangladesh in their first match in the Super 12 at this venue, whilst the Proteas are yet to play at Sharjah. It usually favors the spinners but has shorter boundaries compared to the other two venues in Abu Dhabi and Dubai.

“Yes, the wicket actually plays a big role when it comes to tomorrow’s game. The wicket has been used in the IPL, the last few games in Sharjah. To be honest we have to assess the conditions first. Hopefully playing two games there has been favorable to our side so we can read the wickets really well, so I feel we are slightly ahead of the South Africa team,” Shanaka said ahead of the game.

Sri Lanka suffered their first defeat in the competition when they lost to Australia by 7 wickets on Thursday. From being 78 for 1 in the 10th over, Sri Lanka slumped to 95 for 5 in the 13th over and that was where the game was decided. The chase was never a problem once Aaron Finch and David Warner delivered the flying start that they did, helped on by Kusal Perera putting down a sitter when Warner was on 18. Sri Lanka is expected to field the same combination for the game against the Proteas, even though the seamers had an off-day against Australia.

“We couldn’t take wickets with the new ball [vs Australia] so we had to use our two spinners early to get some breakthroughs. If our seamers hit the right areas, we could have given a far better challenge. In the previous games, all our seamers bowled well so our combination was based on two spinners. I think we’ll stick to that for another game.“ He further stated.

Last month in Sri Lanka, South Africa managed to whitewash the hosts in a three-match T20I series. South African team will come into this game with a lot of confidence as they know what to expect from their spin bowlers, and know that they definitely have what it takes to come out on top.

The Lankan batters found it difficult to play the Proteas’ spinners and it was evident that the long-term issue of playing spin is still a concern for the islanders as they struggled against Adam Zampa, who wrecked the Lankan middle-order with a spell of 4 overs for only 12 runs and 2 wickets.

“I don’t think we’re weak in playing spinners. The fault is in the options which we take in certain situations. We’ve played spin well in all 8 games here [Oman games and warm-up matches] but against Australia, we lost four quick wickets which hurt us. We need to control the opposing spinners by taking the boundary options in a calculated manner. As a batting group, we’ve discussed what we need to do in the next game against South Africa. We need to back their (SL batters’) stroke play, and they need to play the sweep without being in two minds. There’s always a risk but we’ve planned to do well,” Shanaka said, backing his batters against the Proteas spinners.

Both teams go into Saturday’s match with a win and a loss apiece, which makes this clash crucial to their hopes of staying in the running for the semi-finals. Both have lost to Australia, who fielded an identical XI in the two games.