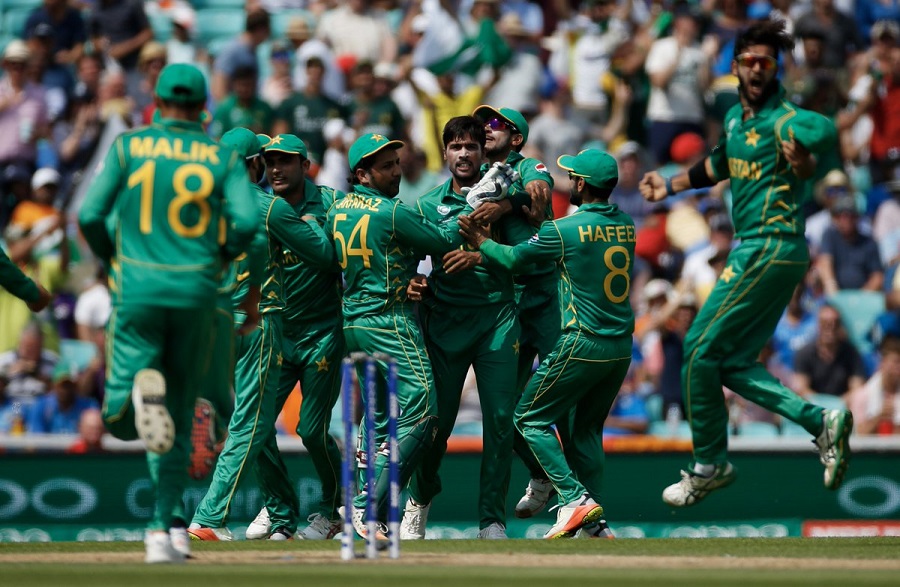 This Fakhar is good. Fakh(ar) this! Lucky Fakhar. Fakhar Zaman’s name was always going to be the cynosure of trolls in the age of the Internet.

On Sunday (June 18), Zaman made sure his batting was the bigger talking point, as he laid into the Indian attack with a blistering maiden hundred. Zaman slammed 12 fours and three sixes during his 106-ball 112, laying the platform for Pakistan to amass 338 for 4 and leave India with a tall order in the final of the ICC Champions Trophy 2017. Mohammad Hafeez and Azhar Ali’s fifties at either end of the innings provided the necessary support as India’s bowling came undone.

Their bowling may have come undone, but it was nothing in comparison to the capitulation India’s top-order suffered while chasing Pakistan’s total. Mohammad Amir celebrated his return after missing the semi-final against England, by sending back Rohit Sharma, Virat Kohli and Shikhar Dhawan cheaply, and with it took away India’s hopes of defending their Champions Trophy crown.

There were two pivotal moments during either innings. Zaman was out caught behind for three, but was called back after Jasprit Bumrah had overstepped. The left-hander batted for exactly 100 more deliveries, and hit 111 runs in the process.

In the second innings, Virat Kohli, that master of chases, was given a life when Azhar Ali dropped him off Amir’s bowling. Pakistan’s heads drooped, there were nervous exchanges. Kohli could very well have dealt to Pakistan what Zaman did to India. But Amir slanted the next ball away from the Indian captain again, this time the edge was thicker and the ball flew towards point. Shadab Khan jumped to his left to take the catch, and Pakistan were off on a massive celebration.

Zaman’s knock was one he’ll remember forever, but the start was far from indicative of what was to follow. Off the third ball he faced, he inside edged a ball just past the stumps. Off the sixth, he set off for a non-existent single and survived the run-out attempt. Two balls later, he edged Bumrah to the ‘keeper and walked off. Replays, however, showed that the bowler had overstepped, and how India were made to rue that slight over-exertion.

India had come in with their plans for Zaman. The left-hander was deemed not as effective when the ball was aimed at his body. Bhuvneshwar Kumar stuck to the task and hardly gave anything away during his five-over spell at the start. Bumrah, at the other end, was all over the place. While Zaman found the going tough, Azhar cashed in.

A forced pull down the ground got the former ODI captain underway, and he ensured he kept Pakistan’s run rate close to run a ball. Zaman needed more than ten overs to get his first properly-timed boundary, a flick off Bumrah. Then, with the spinners at work, the left-hander started to assert himself a lot more.

Both batsmen went on to notch up their fifties and looked in no mood to step back. India’s breakthrough came through a mix up, as Azhar was run out for 59.

Zaman cut loose immediately after, trying to atone for his role in his partner’s wicket. He slammed Ravindra Jadeja for two fours and a six before hitting R Ashwin for a six and a four. He went on to bring up his maiden hundred with a sweep off Ashwin. His ton, off 92 balls, set Pakistan up for their final flourish.

Babar Azam chipped in with a fine 46 off 52 balls, while Hafeez and Imad Wasim used the long handle to great effect to push Pakistan’s score to 338. Hafeez in particular looked in prime touch, smashing a fiery fifty to deflate India. The defending champions did themselves no favour, missing many run out attempts and giving away as many as 13 wides and 3 no balls.

India’s reply was as good as done even before they had reached 15 overs. Rohit Sharma was trapped in front in the very first over, while Kohli and Dhawan followed soon after. Yuvraj Singh and MS Dhoni were out to Shadab Khan and Hasan Ali respectively as the challenge petered out, and the result turned into a foregone conclusion.

As India’s fans formed a beeline at the exit gates, Hardik Pandya added a twist with a blistering 76 off just 43 balls. The all-rounder took the attack to the spinners and tonked as many as six sixes to give whoever stayed back something to cheer about. The stand between Pandya and Jadeja saw India score 80 runs in less than 10 overs, but it ended in comical fashion with the pair being involved in a big mix up.

Hardik walked off livid, and his anger was there for all to see. In many ways, that echoed how the team would have been feeling, looking back at their performances on the day. Not far away, Pakistan celebrated knowing they were just within touching distance of a win.

When it did come finally, there was bedlam. And redemption for a team that was written off by most.