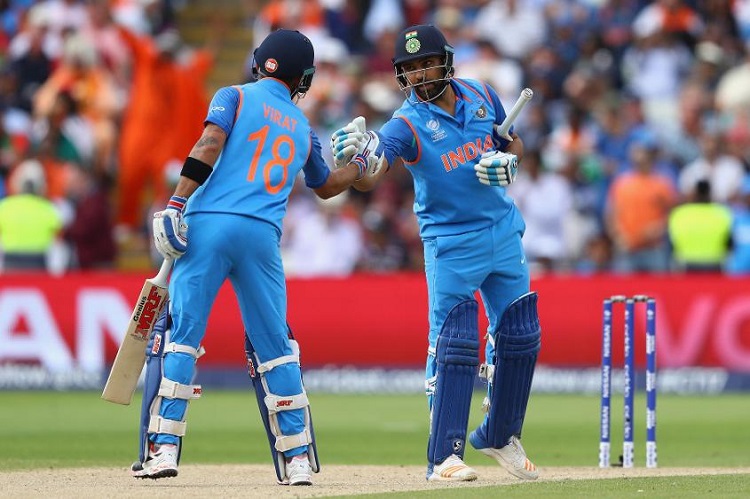 India moved one step closer to retaining its ICC Champions Trophy crown with an utterly convincing and clinical display against Bangladesh at Edgbaston on Thursday.

India moved one step closer to retaining its ICC Champions Trophy crown with an utterly convincing and clinical display against Bangladesh at Edgbaston on Thursday.

It was a brilliant display in Birmingham, a perfect venue for this Asian derby, with outstanding performances from Rohit Sharma and Virat Kohli.

The win sets up the final that the organisers dreamed off, but few predicted. Three Asian teams in the semi-finals was not expected and an India versus Pakistan final seemed highly unlikely when it all started.

But during the past couple of weeks, the Asian teams have adapted better to the conditions and risen to the occasion, showing real fighting qualities and character.

In this game, Bangladesh was ultimately outplayed in all departments, but it can return to Dhaka for the next series with Australia with its heads held high.

In the last few years, aided by the shrewd coaching of Chandika Hathurasinghe, a supportive cricket board and a clutch of quality senior players led by Shakib Al Hasan, it has made huge progress.

It has now reached the knock-out stages in the last two major ICC events and can start planning for the ICC Cricket World Cup 2019 with real hope of being a contender.

Bangladesh has proven to be resilient and strong. Having survived against Australia because of rain, its courageous approach against New Zealand was reminiscent of the 1996 World Cup-winning Sri Lanka team: minnows on the cusp of metamorphosing into heroes.

The battle against India was always going to be a very tough for Bangladesh. The Indian bowling has looked strong and varied, its batsmen in prolific form and, most surprising of all, its fielding unit has been the best in this tournament.

Bangladesh perhaps betrayed some inexperience in these high-profile knock-out matches as it squandered a strong platform – on 154 for two with 22 overs remaining, it was looking so good.

The game turned emphatically towards India with a smart move by skipper Kohli bring Kedar Jadhav into the attack. His off breaks accounted for both – a restless Tamin Iqbal (70) and Mushfiqur Rahim (61).The only explanation is that maybe Bangladesh, fearing the India batting, wanted to have a score well in excess of 300. That thought may have encouraged its batters to go too hard too early rather than building towards that progression by having wickets in hand for the final push.

Thereafter, Bangladesh was unable to wrestle back the initiative with Jasprit Bumrah living up to his reputation as one of the finest death bowlers in the world right now.

Kohli looked calm and in-charge throughout. He handled his bowlers with intelligence and maturity, with the introduction of Jadhav in to the attack highlighted as a stroke of genius. His faith was well-returned by his bowlers.

Bumrah and Jadav were the standouts but as India has shown throughout the tournament, it now has a formidable bowling line-up, able to cope and get on top of any and all conditions.

A late flurry by Mashrafe Mortaza got Bangladesh some respectability, but India’s 265-run target was never likely to test it on what was a good pitch. Bangladesh needed early wickets and lots of panic if it was going to spring a surprise.

However, India’s top-order has been exceptional throughout this tournament and has plundered runs with such ease. The opening partnership of Shikhar Dhawan and Rohit has been a vital factor in India’s success. And today, they once again showed their mettle.

Dhawan is an outstanding player and beautiful watch. Apart from his obvious cricketing abilities, he is also a wonderful human being. He matched equally in this regard by his partner Rohit.

They combined not only to get India off to a flyer but also to crush any hope the Bangladeshis had of early breakthroughs.

Sound in defence and both aggressive and smart in attack, they continuously put the Tigers’ bowling under pressure and the departure of Dhawan only brought to the crease Kohli, who is in red-hot form.

Bangladesh can be proud of its achievements, but it will have to find more variety and bite in its bowling if it is to return to England in pursuit of a World Cup. It has a great core around which to build a team that can have sustained success, both at home and abroad and there are exciting times ahead.

The stage is now set for the biggest battle that can be imagined in cricket: India versus Pakistan.

India will go into that contest full of confidence having looked by far the best and most organised of all the sides. It has the overall game to win the trophy, but in its way stands a rejuvenated and invigorated Pakistan.