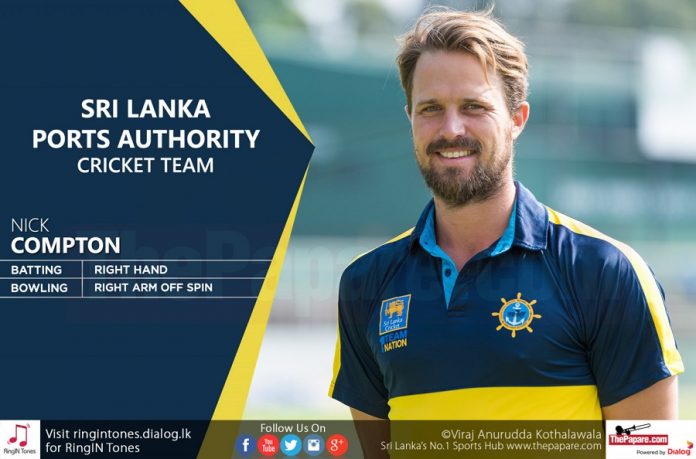 Nick Compton, the former England batsman, announced his retirement from all forms of cricket on Thursday (October 4).

He accrued two hundreds in the traditional format and registered his highest individual Test score of 117 against New Zealand in Dunedin in 2014. He also played a vital hand of 85 versus South Africa in the Durban Test in 2015-16, helping his side to post a hard-fought victory

In June 2016, Compton had to take a break from cricket for “physical and mental reasons” after failing to impress in the three-match Test rubber versus Sri Lanka. The Lord’s Test versus Sri Lanka turned out to be the last time he represented England.

“The pinnacle of my career was following in my grandfather Denis Compton’s footsteps, having achieved my dream of playing and winning Test series for England,” he told the Middlesex website. “I am particularly proud of our series victory in India [in 2012], the first time in 28 years an England team had won in India.”

“There have been some challenges that I have had to confront, but in spite of these I feel incredibly fortunate. Winning the County Championship at Lord’s on the final day of the 2016 season for Middlesex provided all involved with an experience that we will savour for the rest of our lives.”

Compton was also a prolific run-getter in first-class cricket, ending up with 12,168 runs at an average of 40.42. He also aggregated 3,174 and 1,318 runs in List A and T20s respectively. Nick, the grandson of Denis Compton, made his first-class debut for Middlesex versus Cambridge UCCE in May 2004. He had his breakthrough season in 2006 when he finished with 1,315 first class runs at an average of 46.96. However, in 2008, he went through a bad patch, averaging just 8.50 for Middlesex.

After another disappointing season with Middlesex the following year, he left the county to join Somerset. At Somerset, he regained his touch. In 2011, he scored over 1000 first class runs at a healthy average of 57.78. During that season, he also crunched his highest individual first-class score of 254 not out versus Durham.

Compton then took his game to an elevated level by aggregating 1,494 runs at an astounding average of 99.6 in the County Championship in 2012. His impressive form during that season also helped him to win a place in England’s Test squad for the tour of India.

After a fruitful time at Somerset, he rejoined Middlesex in 2014. However, he struggled to make his presence felt at Middlesex during the later part of his career, averaging only 27.25 and 26.23 in the 2016 and 2017 County Championships respectively. Compton, though, was a part of Middlesex’s set-up that won the Championship after a gap of 23 years in 2016.

Compton will continue to work with Middlesex as an ambassador.

Video – Time for Dinesh Chandimal to showcase his Captaincy prowess...