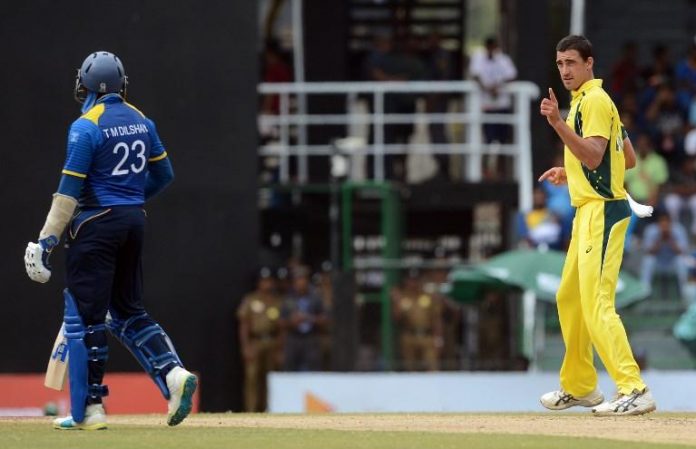 The Men’s High jump final at the Gold Coast Commonwealth Games was an important event for Sri Lanka. Long standing veteran Manjula Kumara qualified for the final and was in with a chance of a medal.


Manjula failed to clear the starting height of 2.18m during the three attempts and had to end his journey in the event. What many people didn’t know was that Manjula was carrying an unfortunate injury which he suffered weeks prior while taking part in an Australian domestic competition in the run up to the games. He had to jump through pain to clear the 2.21m mark during the qualification. Manjula had an unfortunate exit from a thrilling competition.

As the final advanced to the medal competition, it came down to a three-man-jump off with Jamal Wilson from the Bahamas, Canadian Django Lovett, and the home crowd favourite Brandon Starc. NO, not that ‘StarK’ from Game of Thrones.

The 24-year-old Australian Brandon Starc went on to claim the Gold medal clearing 2.32m his new personal best, in front of a jubilant home crowd. He became the first Australian to win the Commonwealth High Jump Gold in 24 years. It was a long wait for Brandon to move out of the shadows of his brother Mitchell and step into the spotlight.  Mitchell Starc, is an opening bowler for Australian Cricket team and one of the best pace bowlers in the current international arena. 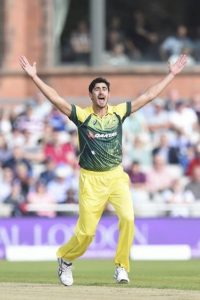 It goes without saying when your sibling is a national, in this case a global sporting icon, you will have to endure being in his/her shadows despite your own achievements. Ask Kumara Sangakkara, who knows all about being in the shadow of a sibling.  Head Prefect, Cricket Captain and best results at the A’ Level exams in college, he was still in the shadow of his elder sister Saranga Sangakkara, who was the National tennis champion at the time and had the spotlight until Kumar broke into the National team.

Both Starcs’ were cricketers in their formative years, with Mitchell being a wicket keeper batsmen and Brandon a fast bowler. While Mitchell too did athletics in college, it was cricket he was passionate about. Brandon who is 5 years his junior had to make a choice at the age of 14 and wanted to pursue athletics. Like all good brothers do, Brandon is reported to have rubbed it in Mitch’s face the fact that though he has had all the spotlight, it was Brandon who first represented Australia when he was 16 years of age at the Youth Olympics where he won Silver. 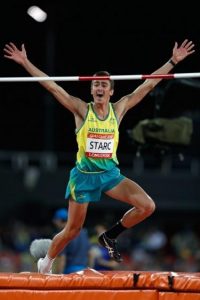 After winning the Gold medal at the Gold Coast event in front of a rousing home crowd who witnessed him breaking a 24-year-old drought, asked if he’s emerged from his big brother’s shadow, Brandon told Channel Seven with a laugh: “I don’t know, it’s a big shadow to come out of, maybe a bit more than what it was”

Both brothers take very keen interest in each other’s careers and keep tabs on each other. During the Sri Lanka tour in 2016, Mitchell had to have a few early mornings to watch Brendon take part in the Rio Olympics, where he was placed 15th. At just 24-years of age we are bound to hear much more about Brandon’s heroics in athletics while Mitchell who already has a stellar career will have to lookout for being in his younger sibling shadow, come the 2020 Olympics.