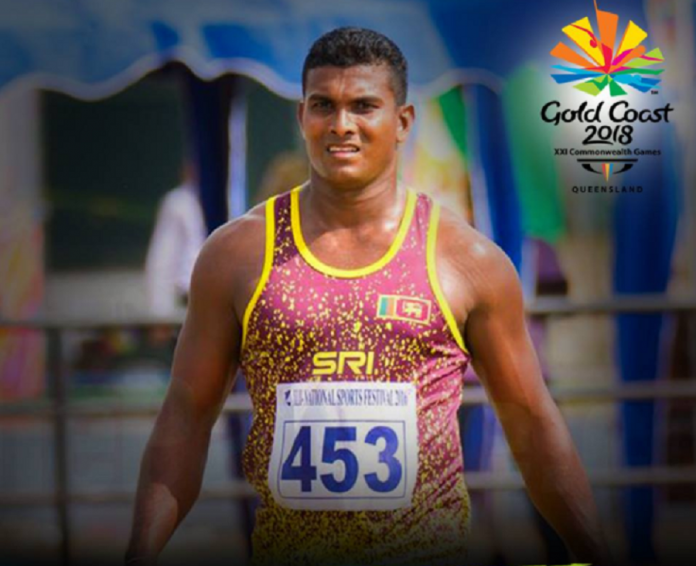 Sampath Ranasinghe qualified for the Men’s Javelin throw finals today with a throw of 74.72m in the Group A qualification round.

Sampath, who is the third Sri Lankan to go past the 80m mark, did so at the national trials for the Commonwealth Games which was held in Diyagama in January this year.  With a personal best throw that measured 81.22m, he earned the spot in the Commonwealth team ahead of National Champion Waruna Lakshan Dayarathne, who was attending a training in Finland and Olympian Sumedha Ranasinghe, who only managed to cross the 70m mark during the trails.

Sampath Ranasinghe did full justice to his selection to the Commonwealth Games athletic contingent by earning qualification to the finals but will be hoping to improve on his personal best time which could possibly earn him a spot on the podium in the finals.

Samapath Ranasinghe will compete in the final of the Men’s Javeline throw tomorrow (14th) at 10.05am Sri Lankan time. Keep it locked to www.ThePapare.com as we will bring you quick and accurate updates from the Commonwealth Games.