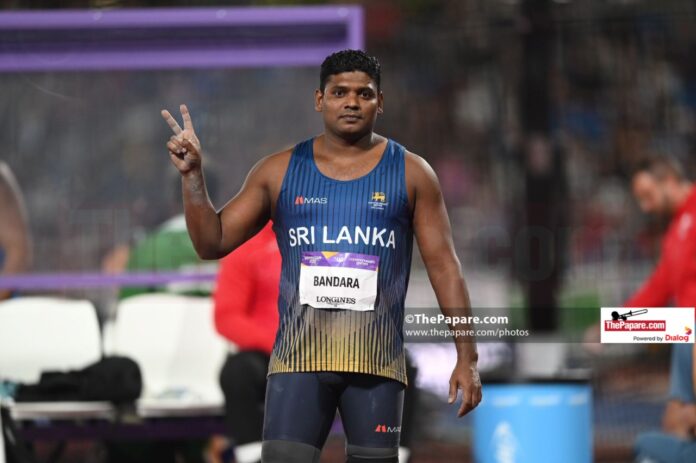 With two different impairment categories competing in the event, the results were calculated using the Raza Points System, which is a method in Paralympic athletics field competitions for comparing throws or jumps by athletes of differing levels of disability.

F42-44 is for field athletes with moderately affected movement in one or both legs, while F61-64 is for lower limb/s competing with prosthesis affected by limb deficiency and leg length difference.

Bandara’s best throw came in his penultimate effort, where he managed a distance of 44.20m which amounted to 944 points. Welshmen Aled Davis (1072 points) and Harrison Walsh (915 points) won Gold and Bronze respectively. 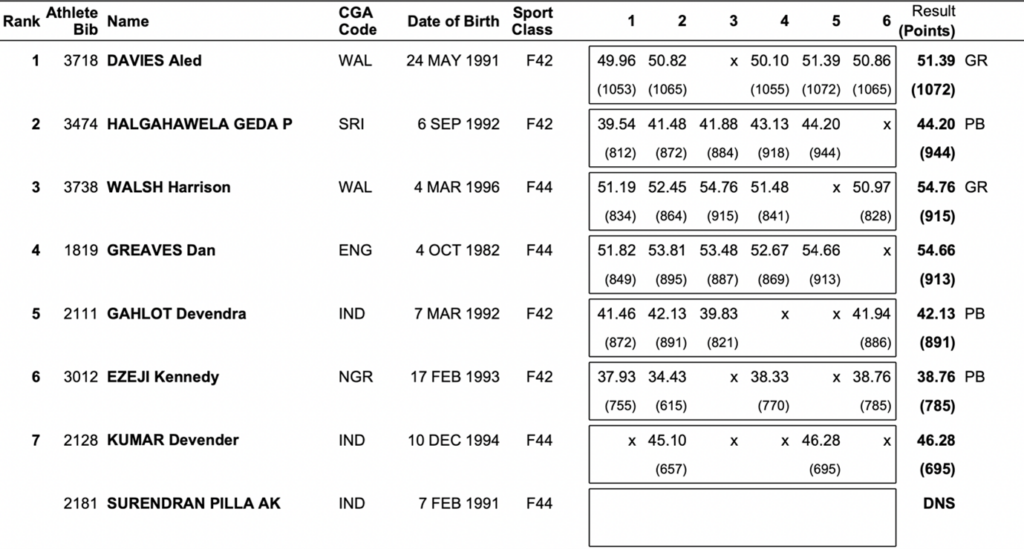