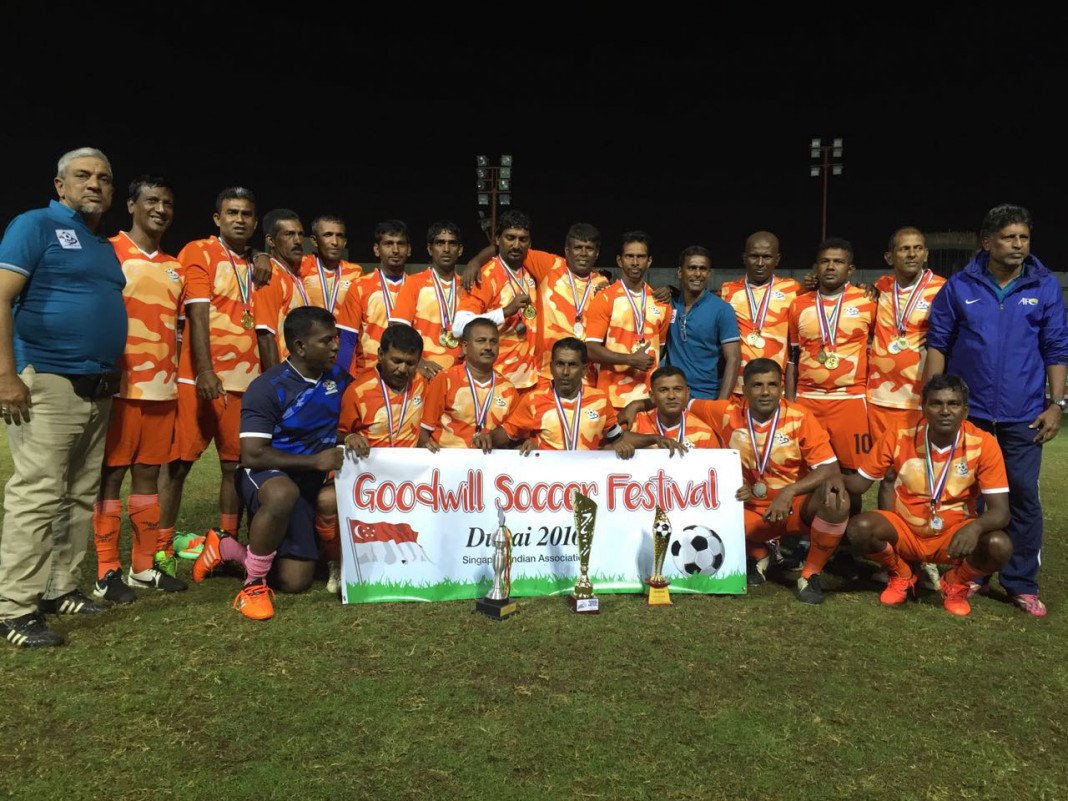 The tournament was held at the Sharjah Wanderers Sports Club, Dubai from the 1st to the 3rd of December, comprising of 8 international teams; India, South Africa, Italy, Malaysia, Singapore, Dubai and Mauritius.

This is the fourth time Colombo Veterans have won an International Masters Football tournament. They were champions at the inaugural tournament held in Singapore in 2006 and were joint champions with Singapore in 2008. They also won the trophy in 2011. Apart from this they were runner-up in 2007, 2012, 2013 and 2015.

The eight – nation Goodwill Soccer Festival tournament was conducted on a league basis and Colombo Veterans had the best results earning 16 points to win the championship.

They drew Italy 0-0 and unfortunately lost to UAE 1-0.

Sri Lanka beat Mauritius in their final game to claim the title, while Italy emerged as the runners up. The hosts UAE finished as the 2nd runners up to round off the top three spots.

Noteworthy, a huge turnout of Sri Lanka fans had gathered during the course of the tournament to show their support which the victorious Colombo team appreciated greatly.