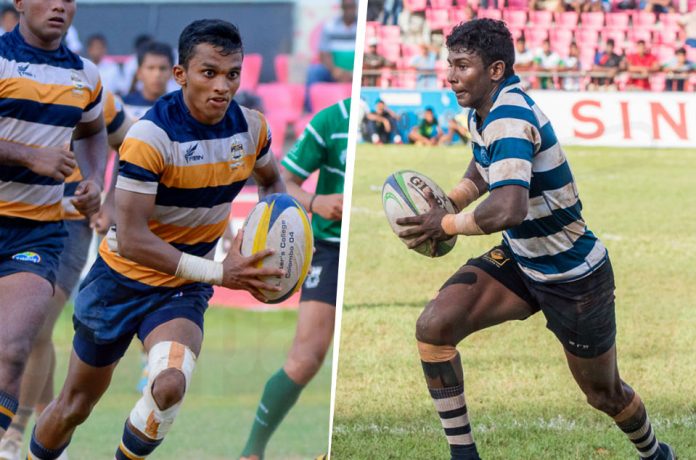 The Colombo ‘Blues’ and the Kandy ‘Reds’  Rugby encounter is back for this year’s edition and is set to kick off on the 6th of October at the Racecourse grounds.

ThePapare.com’s Colombo vs Kandy Rugby schools encounter is a two legged series that will be played between 2 teams comprised of players from the top schools in Colombo and top schools in Kandy. Apart from the thrilling action and entertainment, the match will also act as a selection trial for the Asia U19 Rugby Championship that will be held in December 2018.

Read More: Will this December be merry for the Junior Tuskers?

Colombo Blues are the defending Champions after winning the title at Havelock Park for the third consecutive year in 2016 under Nikhila Gunadeera’s captaincy. This year as well, Colombo Blues are the favourites to defend their title as the squad looks to be an impressive outfit on paper.

Senior campaigners Daiyan Sabar of Wesley and Gamunu Chethiya of St. Joseph’s are the only returning players from last year’s Sri Lanka Under 19 XV’s side and they will look to bring in the experience to the side, when they play the Kandy combined outfit.

The team will be coached by Dushanth Lewke, the league winning coach. His counterpart will be Ananda Kasthuriarachchi who will be in charge of the Kandy combined side.

The Kandy side will be announced shortly.

Stay logged to ThePapare.com as we bring you exclusive developments leading up to the Kandy v Colombo combined schools clash next week!