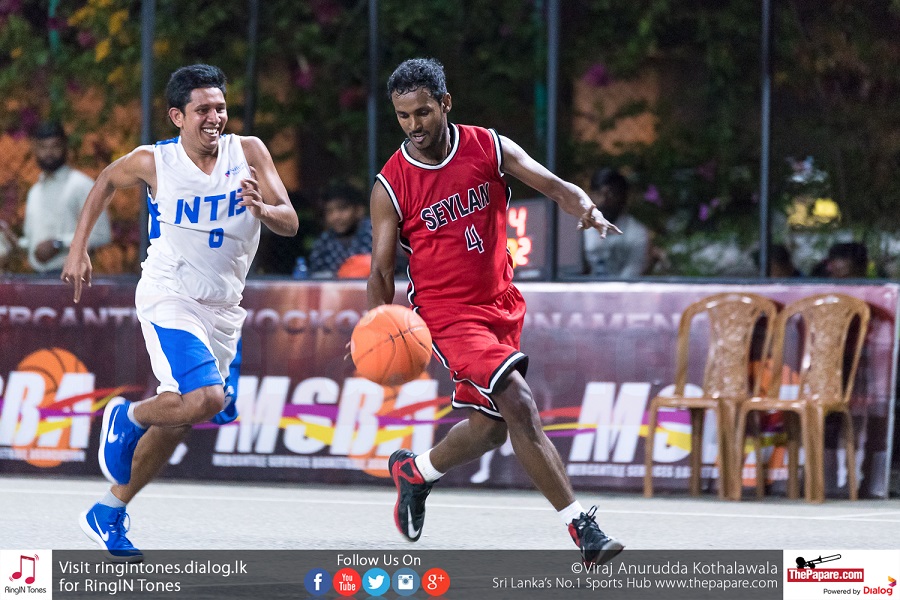 The sixth day of the Mercantile Services Basketball Association Knockout Tournament saw a another couple of semi-finals come to an end.


The first semi-final of “C” Division was set to be played between Seylan Bank (SB) v Nations Trust Bank (NTB). SB going into lemons had already established a double-digit lead and was up-front in the game. Scores at half-time read, 28-17.

Dion Muthukumarana top scored for Seylan Bank with 15 points while Naveen Bandara added 13 points. Occupying the third slot for Seylan Bank in scoring was Gayan Samaraweera with 09 points. For NTB it was Rukshan Fernando who added 18 points together with Christy Krishanthan who scored 06 points.

Seylan Bank steered the way capitalizing on the lead to win the game at full time placing themselves in the first slot of the finals. Full time scores read, 66-38.

Both the teams charging up against each other drew up the deficit up to near one points at the final whistle. Ranawana Securities scored 47 points while the scorecard for NDB Bank depicted 46. The single point win placed Ranawana Securities in the finals against Seylan Bank in the “C” Division.

Abidaran Sundaramoorthi top scored for Ranawana Securities with 13 points while the second and the third slot was booked by, Asitha Rajapakse, Sameera Sandaruwan who scored 11 and 10 points respectively.

For NDB Bank, Fawshan Nilamdeen scored 23 points. He was lent a supporting hand by Jude Akila by a dozen points and Amalika Mendis who scored 08 points.

For Dialog Axiata, Chandu Jayawardhana scored 12 points. Both Anjana Withanage and Roshan Zoysa scored 06 points each.  For MAS Holdings the only notable performance was from Navin Perera who scored 06 points.

May 8, 2018
Avatars by Sterling Adventures