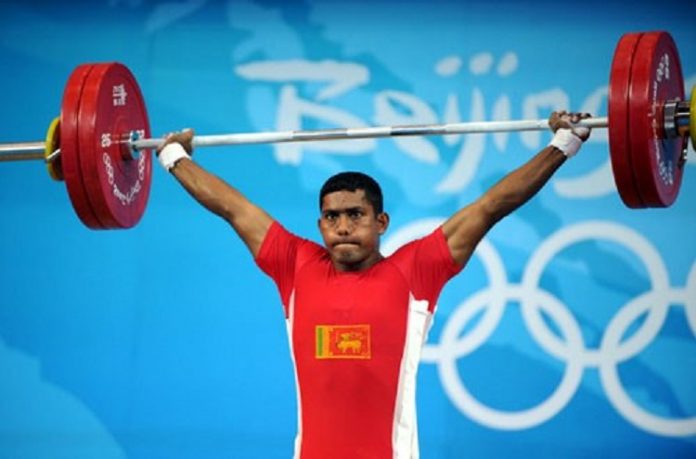 Two-time Commonwealth games medalist Chinthana Geethal Vidanage will be the flag bearer and lead the 80-member Sri Lankan contingent at the 21st Commonwealth Games. The games will be held from the 4th to 15th of April in Gold Coast Australia.

Weightlifter Vidanage is the most experienced member included in the contingent, having won Gold in the 62Kg weight category in the 2006 games while he managed to win a Silver medal in the 2010 edition in India. Sri Lanka will be represented in 15 different sports disciplines at the games in Australia which will include Weightlifting, Wrestling, Table Tennis, Squash, Shooting, Gymnastics, Cycling, Boxing, Beach Volleyball, Badminton, Diving, Swimming, Rugby 7s and Athletics.

It is reported that Sri Lanka Rugby (SLR) has written to the National Olympic Committee (NOC) to switch out a few players due to injury concerns but will have to await confirmation from the organizers in Gold Coast in order to make the changes to their squad.

Track and Field, who have brought the most number of medals to the motherland at the commonwealth competition were only given a quota of 12 members initially but was later the number was increased to 13 with the addition of Rumeshika Ratnayake. Rumeshika, who is currently taking part in a training program in Australia deservedly earned the call-up to the squad on the back of a few impressive performances in the land down under.