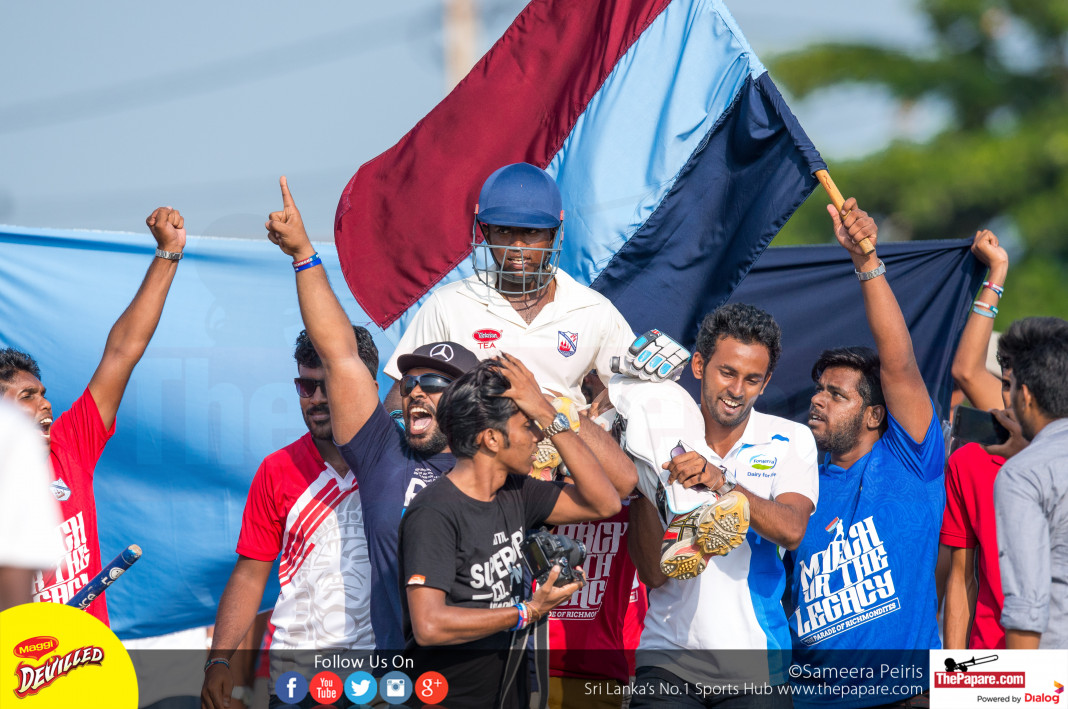 Mahinda College skipper Pasindu Dilshan won the toss and elected to bat first on a placid surface. Opener Ravindu Menaka was bowled by Dhananjaya Lakshan in the 2nd over which brought Suresh Kumara to the crease. He completely took the Richmond bowlers to the cleaners smashing 67 off 59 deliveries with 11 fours.

Mahinda were 90 for 1 at one stage but some disciplined bowling and exceptional fielding turned the game in favour of Richmond. Skipper Asalanka bowled his full quota of 10 overs to take 2 wickets giving away only 18 runs while Kavindu Ediriweera conceded 19 runs off his 10 overs to turn the screws on the scoring-rate.

Vinura Dulsara made a slow 23 while the other batsmen failed to capitalize on the positive start as Mahinda College were bowled out for only 174 in the 48th over.

Chasing 175 runs to win, Charith Asalanka opted to open the batting. The left-handed stylish batsmen composedly took the responsibility of taking his team to victory scoring a well-executed century in just 78 deliveries. He made 11 fours and 2 sixes during his brilliant knock while the other top-order batsmen failed to hang in around their skipper. After being 111 for 5, Adithya Siriwardana was involved in an unbroken 67-run stand with his captain.