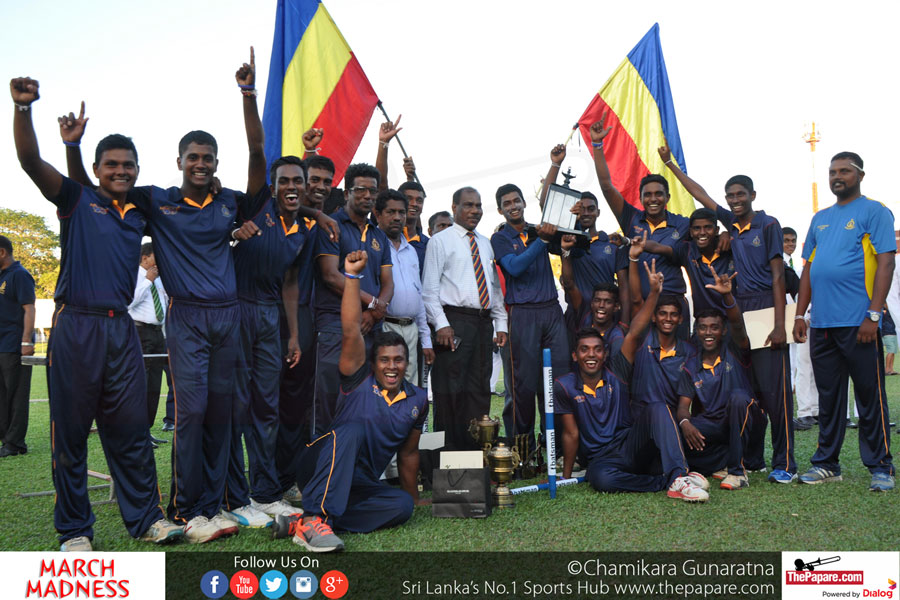 Thurstan College thrashed Isipathana College by 164 runs in their “37th Battle of the Brothers’’ limited overs encounter which was worked off today at the P. Sara Oval grounds.

Thurstan skipper Kasun Abeyrathne won the toss and elected to bat first on a friendly batting surface at the P. Sara Oval grounds. They started the innings with a positive frame of mind and the Thurstanites were cruising along as skipper Kasun Abayrathne was the first to be dismissed for a well-made 40.  Left-handed Imesh Viranga who stroked a valuable 80 runs and stylish right-hander Yeshan Wickramarachchi also contributing with a classy 78 to made sure Thurstan College took control with the run-rate.

Hard hitting all-rounder Charana Nanayakkara once again showing his class with the bat as he made a quick fire 83 runs as Thurstan College reach 367 for 7 in their 50 overs to break the record of the highest team total in the limited overs series between both schools. Left- arm spinner Lahiru Dilshan was the pick of the bowlers for the lads from Isipathana as he finished with figures of 4 for 66.

In reply Isipathana College never got going as they had a mountain to climb and they needed more than 7 runs per over.  The lads from Havelocks lost wickets at regular intervals and they were restricted to 203 for 9 off 50 overs. Left-handed Sanjula Abeywickrama top scored with a solid 72 with the bat and Pathum Nissanka chipped in with 35, while off-spinner Sawan Prabash grabbed 3 scalps and he was supported by the right-arm seamer Charana Nanayakkara who also bagged 2 wickets to secure a convincing 164 run win for Thurstan College.