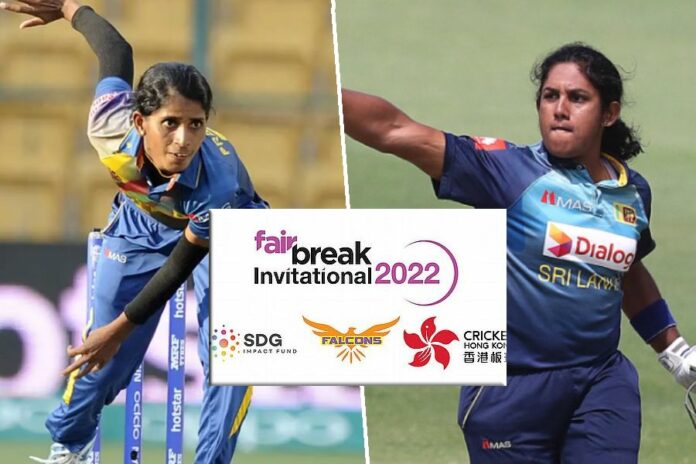 Having represented Sri Lanka in 89 T20Is and with franchise cricket experience in Australia, England and India, Athapaththu will be a vital cog in Falcons setup.

Sri Lankan left arm seamer Prabodhani has been signed up by the Warriors franchise in the tournament. The 36-year-old Prabodhani who has represented Sri Lanka in 75 T20Is, will be playing a franchise-based tournament for the first time.

The FairBreak Invitational T20 Tournament 2022 is an ICC sanctioned competition that will take place from 01st May to 15th May in Dubai in conjunction with Cricket Hong Kong. A total of six teams will feature in the competition and 19 matches will be played across 15 days in Dubai.