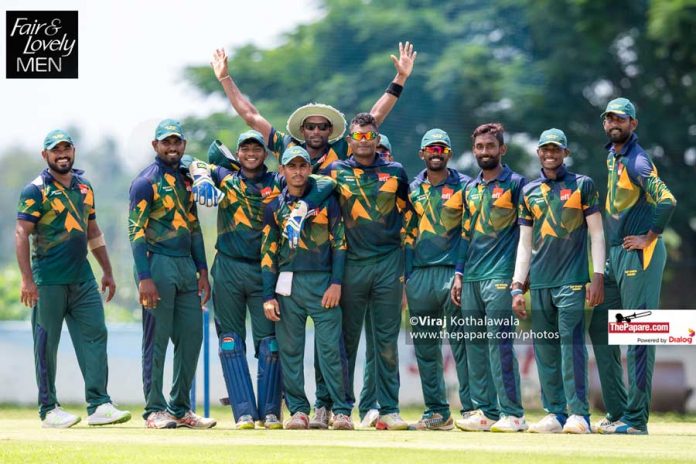 In an eagerly anticipated ‘Fair & Lovely’ Challenge Trophy encounter between CDB Finance and Expolanka at Katunayake, the Expolanka bowlers made batting a misery as Madura Lakmal and Neranjan Wanniarachchi’s courageous effort helped Expolanka win their second game of the season.

After losing the toss and being put into bat first, CDB skipper Danushka Dharamasiri was off to a brilliant start. It seemed like Dharmasiri was a lone ranger in the CDB batting line up as the rest of the batsmen succumbed to a intense bowling attack by Expolanka.

CDB had lost more than half their side by the 13th over, with skipper Dharmasiri back in the pavilion, whilst the score was on 43 for the loss of 6 wickets.  The CDB tail tried to show some resistance with the bat but were bowled up eventually for 83 in the 29th over.  Madura Lakmal was the chief destroyer with the ball picking 3 wickets for 35 runs while Neranjan Wanniarachchi and Sachith Lakshan picked up two wickets each.

Chasing a target of 84, Expolanka was off to a blistering start as Vishwa Chathuranga single handedly took on the CDB bowling with an unbeaten 49. Ex Thomian captain Madushan Ravichandrakumar was the only bowler who was able to disturb the Expolanka batsmen  as the mysterious leg spinner picked up 2 wickets.