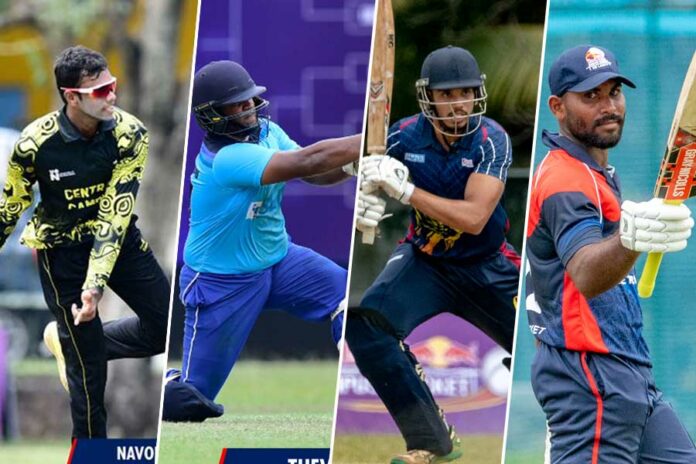 In the two games played at Thurstan Grounds, Esoft defeated SLTC with ease in the morning game while ICBS and ACBT put up a nail-biting show in the evening game which ended in favour of the former.

Esoft bowlers did a tremendous job to keep the SLTC boys quiet at the crease as they eventually succumbed for just 98 runs. Sasith Manuranga was the pick of the bowling as the left-arm spinner bagged 3 wickets for 12 runs.

Former Sri Lanka youth cap, Ravindu Sembukuttige set the chase on fire as he scored an unbeaten 69 with utter elegance and grace even though he was smacking the bowlers to all parts of the ground.

Esoft chased down the target in just 14.3 overs with 6 wickets intact.

The evening game at Thurstan was an ultimate thriller as it went down to the thinnest edge of the wire.

Batting first, ICBS posted 151 runs in their allotted 20 overs. Revan Kelly was the prime performer for ICBS with the bat. The former Josephian smacked a quickfire 46 runs to give his team a flying start.

ACBT lost their way in the chase by stressing too much on the DL par score which left them with nothing but pressure.

Valiant efforts of Sawan Prabash who amazed with both bat and ball for ACBT, by picking up 2 for 19 and scoring a stroke-filled 62, went in vain as they lost the game by just 1 run at the end as rain interrupted with just 1 more over to go.

Royal Institute of Colombo faced an uphill battle against the Central Campus Colombo in which they suffered an 8-wicket defeat.

Left-arm spinner Navod Paranavithana and M.M. Rajapaksha picked up 3 wickets each to restrict RIC for as low as 74 runs which they chased down with no trouble whatsoever in just 6.4 overs.

SLIM recorded the highest score of the day with a cracking 186 runs on board in 20 overs. Thevindu Senaratne scored a brilliant half-century while K. Uggalpaya supported him with 30 runs.

Playing against SLIM were the Icon Business School who were given 63 runs to chase down in 6 overs due to rain interruption. IBS played a decent hand as they managed a fighting 52 runs for the loss of 4 wickets in 6 overs.

The second set of games of round-one will be played tomorrow in the same venues.