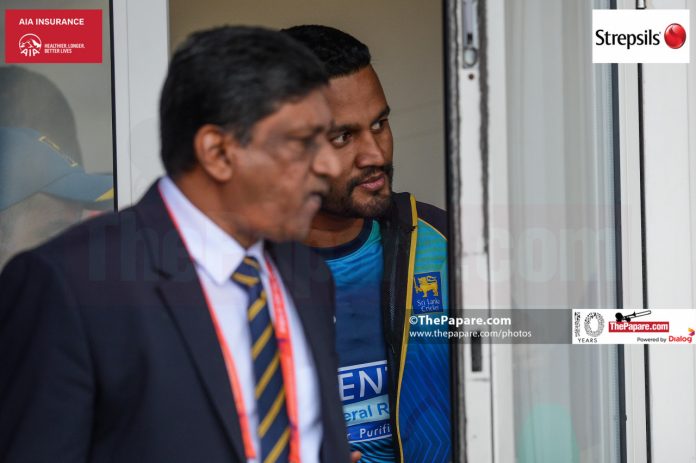 Sri Lankans are no strangers to rain interruptions. They’re more used to seeing the entire ground being covered and nearly hundreds of ground staff in action, than any other nation. But, after the Bristol leg of the ICC Cricket World Cup, which ended without even the coin toss in both games, as a result of bad weather, Sri Lanka find themselves in line with a realistic shot at a surprise semi-final berth.

Sri Lanka’s woeful track record in ODIs during the last couple of years would have given the ‘favourites’ tag to Pakistan and Bangladesh before the Bristol drizzle. They had never beaten Pakistan in World Cups and Bangladesh had never even come close to beating Sri Lanka in the past World Cups, but held a certain edge over the Lankans over the past two years.

Anything could have happened in Bristol as Sri Lanka had the opportunity of securing six points in four games or having lost both the matches. Yet, they find themselves with four points in as many games, the equivalent of 2 wins and two losses.

The abandonments have somewhat undone Sri Lanka’s chances of being the wooden-spoonists, which many cricketing pundits predicted before the start of the tournament forgetting the fact that Sri Lanka always punch above their weight in ICC events. Perhaps Sri Lanka would be secretly breathing a sigh of relief at the end of the rain-marred Bristol leg?

With one-third of the league stage completed, New Zealand, England, India and Australia have undoubtedly pushed themselves as front runners for the four semi-final spots. And, none of their games have been affected by rain so far. However, West Indies are not far behind either and are surely the dark horses in the competition.

Sri Lanka is yet to play some of the dominant teams in the World Cup. But, what the results have suggested so far is that anything can happen in this tournament. Sri Lanka will need to believe in themselves in beating one or two fancied teams, if they want to finish in the top four.

They will need to win at least three of their five remaining games to have a guaranteed place in the top four. For an outside chance, they will somehow need to win two games and hope for another washout or two in their games. The Net Run-Rate can also cause problems but that’s irrelevant for now.

“We were very keen to play a game and everyone at home are also keenly waiting to see us play. But, we have no control over the weather so we will continue to do our preparations as usual, “ Sri Lanka skipper Dimuth Karunaratne said after the second abandonment. “We have some tough matches ahead, the teams who are on top of the points table. Mentally, we have to be prepared for these challenges. “

If Sri Lanka manages to beat Australia, on Saturday (15th June) at The Oval, it will give a different dimension to the entire tournament and to the race for the semi-final spots. They lost to Australia in the warm-up game, but Australia isn’t as invincible this time around as history suggests. Sri Lanka have only beaten Australia once in World Cups, a game no Sri Lankan fan can forget – the 1996 World Cup final in Lahore.

However, it’s easier said than done. Sri Lanka have plenty of problems of their own heading into the Australia game. The man-of-the-match from their only win against Afghanistan, Nuwan Pradeep, is almost certain to miss the game in London as well. Realistically, he can only be fit for the England game, since a finger dislocation would take at least 10 days to heal. Meanwhile, experienced seamer Lasith Malinga will have plenty of travelling before he sets foot to The Oval on Saturday as he travels to Sri Lanka for his mother-in-law’s funeral.

Sri Lanka’s middle-order (number 4-6) have so far only made six runs in accumulation which can be termed as their biggest worry. Angelo Mathews and Kusal Mendis are too good to be failing continuosly. How they will perform will have a big impact on whether Sri Lanka grab this golden opportunity to squeeze into the top four.

3 out of 16 matches so far in the World Cup have already been washed out. This is already deemed the wettest World Cup ever. Will there be more rain-affected games? Yes, you can bet on it. The weather in the United Kingdom is the definition of unpredictable. But, if Sri Lanka play good cricket, tick-off a couple of wins in the next three weeks or so and attain some more help from rain, they might well be one of the surprise semi-finalists. But, that’s a big IF!