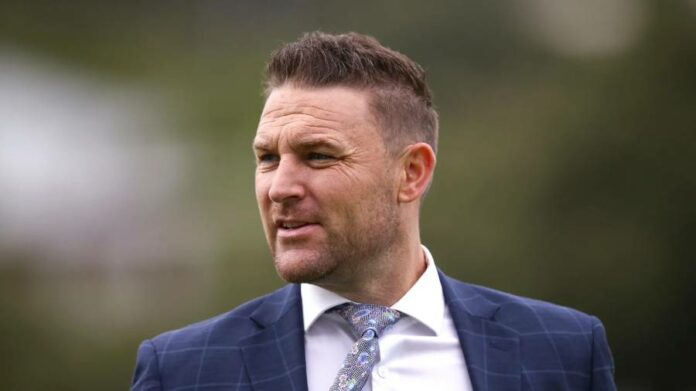 Brendon McCullum has been appointed as the head coach of the England men’s Test team, the ECB announced on Thursday, 12 May.

His appointment comes following a host of changes around the England men’s team after a string of poor results in the longest format.

Rob Key was appointed the Managing Director of the men’s team and his first order of business was to hand the captaincy of the longest format to Ben Stokes, after Joe Root stepped down following the 1-0 series loss in the West Indies.

McCullum’s appointment comes after Chris Silverwood departed from the role, following the 4-0 drubbing in the away Ashes. It means the England men’s coaching duties have now been split, with separate coaches for red and white-ball cricket.

🏴󠁧󠁢󠁥󠁮󠁧󠁿 England look to turn over a new leaf with the appointment of Ben Stokes as their new Test captain.

What sort of captain will the all-rounder be? 👉 https://t.co/J3hnbQ64j5#WTC23 pic.twitter.com/9AiX9ln0gn

On his appointment, McCullum expressed his delight, stating, “I’d like to say how pleased I am to be given this opportunity to positively contribute to England’s Test cricket set-up and move the team forward into a more successful era.

“In taking this role on, I am acutely aware of the significant challenges the team faces at present, and I strongly believe in my ability to help the team emerge as a stronger force once we’ve confronted them head-on.

“I’ve enjoyed several robust conversations with Rob Key about the direction of travel for the team and have found his enthusiasm contagious. I’m no stranger to bringing about change within a team environment, and I can’t wait to get started.”

McCullum was full of praise for England’s new Test captain Ben Stokes and stated that he was looking forward to working with him. “Ben Stokes is the perfect character to inspire change around him, and I look forward to working closely with him to build a successful unit around us,” he concluded.

Rob Key stated on McCullum’s appointment, “We are delighted to confirm Brendon as England Men’s Test Head Coach. It has been a real privilege to get to know him and understand his views and vision for the game. I believe his appointment will be good for England’s Test team.

“He has a recent history of changing cricket culture and environments for the better, and I believe he is the person to do that for England’s red-ball cricket.”

As the head coach of the England Test side, McCullum’s first order of business will be improving England’s position in the ICC World Test Championship 2021-23 table. England are currently languishing at the bottom after a string of poor results.

England have a blockbuster summer of Test cricket ahead, with home series against McCullum’s home country New Zealand, the conclusion of the five-match Test series against India and also a three-match series against South Africa.