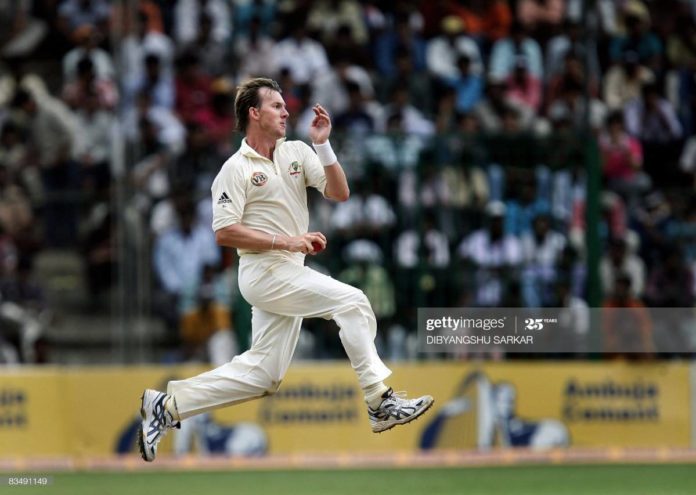 Fast bowling is an art; rare, complex, and demanding of the body. Only a few hundred people have pulled it off successfully. So, what makes this art form so distinctive? What do these Lee’s and Malinga’s do that many can’t?

If you think that the above is an overstatement, grab a cricket ball, mark a target at a distance of about 11 yards – That’s half the length of a cricket pitch – and try hitting the target with a straight seam at a slower pace; you’ll understand what I am talking about. Then after, when you see James Anderson swinging the ball at 85 miles per hour, it’ll feel like magic. Reverse swing? That one is almost unreal.

Fast bowlers are of two types, conventional and unconventional, or the kind who takes the most out of science and the kind that doesn’t. If you are an up and coming fast bowler, this read might help to figure out if you are doing it right, and if not, might help you with a fix too. Let’s look at the orthodox technique first.

Oh, before we start, let me explain a few terms that you would have heard in your 9th grade physics class.

Watch the bowlers mentioned above start their run up. Each one gets off to an inclined explosive start. Just like how a sprinter would get off the block at the start of a race. The lean forward will use the body weight to grab momentum and reduce the use of muscular energy. That will in return help the bowler bowl longer spells without fatigue. The inclination should be at a 45-degree angle to achieve maximum momentum. Start with short strides and gradually increase stride length while straightening your body.

The arms should swing freely on a straight line, as close as possible to the body and run on a straight line. This will keep the centre of mass as compact as possible which means less energy is required for movement. That again will reduce the workload of the muscles as inertia will help you retain your motion without losing momentum.

Read More: Pulina Tharanga: The orphan who made it to a World Cup

Bowlers should run at about 70 to 80 percent of their top-speed in the run-up depending on their strength to hold up through the landing. Also, your knees should raise high and close to the body while your ankles should end near the alternating knee. This is the most efficient way to run fast. Look at Usain Bolt.

This is when you fix your target. As you take off for the jump, you gather all that momentum you have brought through and keep it at constant through your back-foot landing. Mid-air is when you are going to get time to fix your target for about one tenth of a second, so your head should be rock-still during load up. You lean backwards to create a catapult movement to generate power and rotational momentum during the front foot landing.

The Back Foot Landing

This is a phase when the deceleration happens. There is not going to be any momentum gain here so you should be quick through this to hold it constant and refrain from losing any. Most of the quicks who bowl over 90 mph land their backfoot at a 45 degree angle and get rid of it very soon. The stronger your thighs and core are, the better. You should stay upright to give more room for your front foot to rotate and hit the ground hard. The greater the deceleration, greater the force that’s going to come through to your front foot.

Think of the whole scenario like sitting on a moving bus and the driver applies a sudden brake. The sooner the bus stops, the harder you are going to get thrown forward from your seat. In here, you are the ball, the seat is the arm and the wheels are the legs.

This when the driver applies the brakes. Where the linear momentum is converted to angular momentum. As the front foot comes through and bangs on the ground, your upper body is whipped increasing your arm speed.

The front foot of many speedsters land straight pointing toward the target and the knee remains straight. If you bend the knee then your momentum is pulled toward the ground which will reduce what’s transferred to the ball.

As you land the back foot, your free arm should stretch out and start moving in a circular motion pointing toward the target. Once you have landed the front foot, the arm should be pulled down fast. This will create the rotational movement of the upper body. The force of the landing will be transferred to the delivery arm as it will be behind the body.

This is when the upper body takes charge of the process. Also, where the muscles should actively come into action.

All the fast bowlers mentioned above, have a delayed arm rotation. Which means the body bends forward first and the bowling arm follows it after. This again is a use of the body weight to generate momentum to give a push start for the muscular forces.

These bowlers also release the ball late, which means more rotation time for the arm, adding more momentum to it.

Science says that the arm should be upright to keep it on line, which will require less energy than wavering. That’s exactly what these bowlers do.

Once you have released the ball, it is necessary that you follow through and slow down gradually to not harm your muscles.

All the above principles apply to these bowlers too, but they do certain phases quite differently. They use more muscle power than the momentum to create pace.

These bowlers have a comparatively slower run up to preserve more energy in their muscles. They usually have a flat jump at the load up and tend to deliver with a squarer release point. The key component in this kind of bowling is the hip rotation. The reason for the square arm is that the trunk of the human body rotates faster when rotating horizontally.

Malinga’s and Starc’s have their back foot on the ground for a longer period during the landing to provide a base for the rotation. This is when they pull their body back like a catapult before launching it with the front foot landing. They land their back foot parallel to the crease and the front foot at about 45 degrees. The pivot from that angle is what creates the rotational momentum.

The measure of angular momentum involved is greater than the linear momentum in these actions. They make up for it with muscular forces. 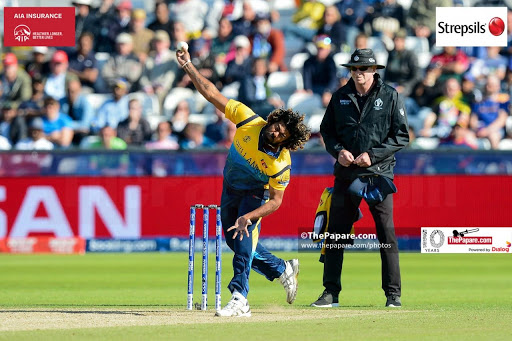 There are a few exceptions who are a mixture of both these kinds and they have something special called a hyperextension. Which means their arms extend for about 15 to 20 degrees more than usual. This extension provides about a 5 percent of extra pace. Jofra Archer and Jasprit Bumrah fall under this category.

After honing all these fundamentals of fast bowling, a batsman is still going to stand on top his crease and smack for you a six. That’s when these stars come up with swing, seam, cutter and all sorts variations. And they do it at such a high level of intensity where margin for error is thin as hair. Phew! Now, that’s a really tough art form. Isn’t it?