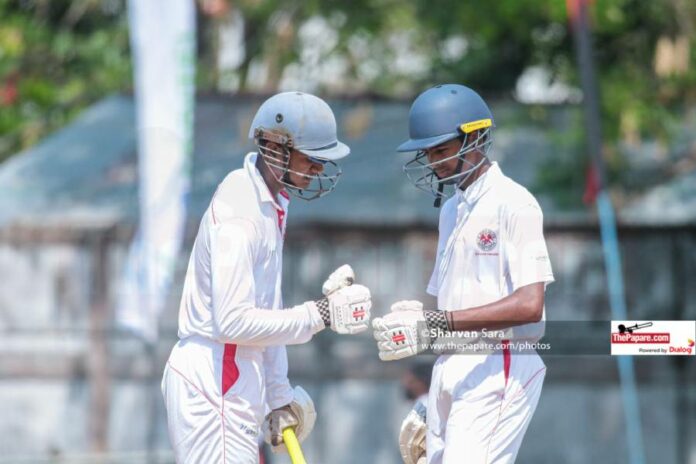 Jaffna Central College resumed day two on 6 runs for no wicket: however, a poor batting effort saw them being bowled out for 125 runs.

Sritharan Sarankan was the chief contributor with the bat for Jaffna Central College as he made 41 runs off 44 balls with 6 fours. Yogathas Vithushan demolished Jaffna Central’s batting lineup, taking 6 wickets for 48 runs. Jeyachandran Ashnath also gave him good support at the other end, picking up 4 wickets for 46 runs.

St. John’s College began their second innings 42 runs ahead, and posted 129 runs for 4 wickets at the close of play on day two. They will lead by 171 runs with 6 wickets in hand going into the third and final day tomorrow.