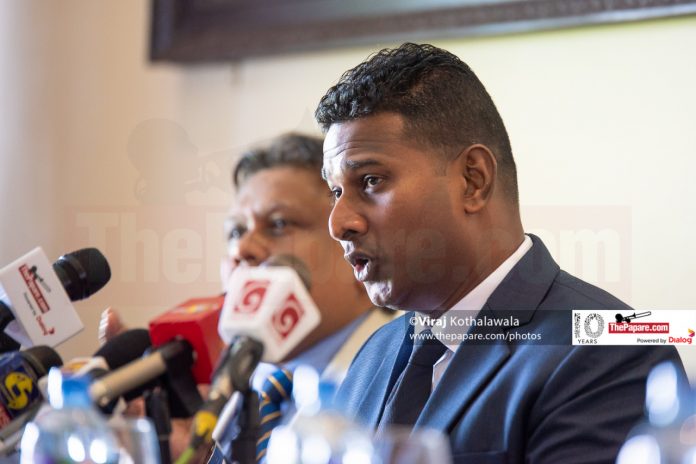 Former Sri Lanka ‘A’ team coach, Avishka Gunawardene is set to challenge Sri Lanka Cricket at the Court of Appeal following his suspension earlier this year.

Former Sri Lankan National Cricketer and Sri Lankan A Team Coach Avishka Gunawardana has filed a writ application bearing No. 253/2019 in the Court of Appeal challenging the unlawful suspension by Sri Lanka Cricket. He is challenging ICC’s jurisdiction over Sri Lanka Cricket in what he has termed as a private entertainment event, ‘T10  Cricket League’ held in Sharjah in December 2017. He alleges that these actions have been motivated by collateral purposes and dishonest intentions.

Gunawardena was charged by the ICC on behalf of the Emirates Cricket Board (ECB) on the 10th of May 2019, for breaching two counts of the ECB Anti-Corruption Code for Participants for the T10 League played in the UAE in 2017 December.

Read More : “I am innocent of all these charges” – Avishka Gunawardene

He was also suspended from his position as the head coach of Sri Lanka Emerging team by SLC. Later he stated that he was taken out of service without even an inquiry into his guilt by his employer, SLC.

“Based on their purported allegations, my employer, SLC has suspended my services and taken disciplinary action against me without even an inquiry from me whether I am guilty or not. Well, let me state unequivocally that I am innocent of all these charges.” – Avishka Gunawardena