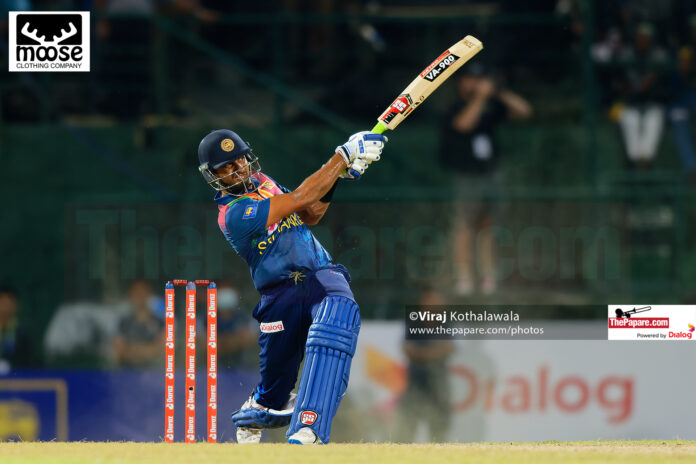 By the end of the 17th over in the chase, the match result was almost a forgone conclusion, with Sri Lanka requiring 59 to win the 3rd T20I and bring the series scoreline to 2-1.

Dasun Shanaka was sitting on 6 off 12 deliveries when the 18th over of the Sri Lankan innings began. He had fellow all-rounder Chamika Karunaratne on the other end, but it wouldn’t be amiss to say, nobody expected a win, despite the pair being decent strikers of the ball.

Shanaka’s onslaught started off Josh Hazlewood, the man Sri Lanka had struggled to get off the square all series. The Aussie quick had bowled his first 3 overs for 3 runs when Aaron Finch threw him the ball, perhaps with the expectation that another tight over would more or less end the game.

The last 18 deliveries of Sri Lanka’s innings produced 4 sixes and 6 fours, 22 runs coming off Hazlewood, 18 off Jhye Richardson and 19 off Kane Richardson in the last over. Shanaka went from 6 off 12 to 54 off 25, becoming the first batter to score 50+ in the death overs of a T20I, undoubtedly his best international innings. Incidentally, Shanaka’s 54 is also the highest score by a Sri Lankan this series, beating Charith Asalanka’s 39 in the first game – symbolic of how badly the home team had batted in the 3 games.

In the preceding 37 overs of the game, Australia had pretty much dominated as they had all series, except for a small passage of play when Sri Lanka picked up 3 wickets in consecutive deliveries to stall the visitors’ quick progress at the beginning of the innings.

David Warner and Aaron Finch were back to their brilliant best, going at 8-9 runs an over early on, giving the visitors the launching pad to go big, like they did last time they were here (2016), when they smashed 263.

With Warner and Finch going hard at the top, Australia looked like they would push on towards the 200-run mark, but Wanindu Hasaranga started the mini-collapse, dismissing Glenn Maxwell off the last ball of the 10th over, before Maheesh Theekshana struck the critical blow, getting the prized scalp of Warner with the very next delivery on review.

With two new batters, Josh Inglis and Steve Smith, at the crease, Sri Lanka’s team hattrick came off a run-out, thanks to a brilliant bit of fielding from Charith Asalanka at slip. Asalanka anticipated the paddle sweep by Inglis and moved to the leg side, dived and threw down the stumps, catching the new man short of his crease as he attempted a run.

Smith and Marcus Stoinis put together a 48-run stand, the highest of the innings, for the 5th wicket, before Praveen Jawickrama picked up the latter stumped. It was a crucial over though, as Stoinis smashed the left-arm spinner for 16 before being caught short of his crease.

Smith, though considered by many as the weak link of the Australian batting line-up, played the finisher’s role to perfection, as the Sri Lankan’s conceded 38 off the last 3 overs.

For Sri Lanka, Dushmantha Chameera was expensive once again, going for 46 off his 4 overs, while Chamika Karunaratne was impressive, after being snubbed in the last game, conceding just 19 off 3 overs.

The pick was of course Maheesh Theekshana, who picked up both Finch and Warner to put the visitors on the back foot and allow Sri Lanka to restrict them to less than 180.

The win will Sri Lanka some much needed momentum and confidence going into the ODI series, which is set to commence on the 14th of June.