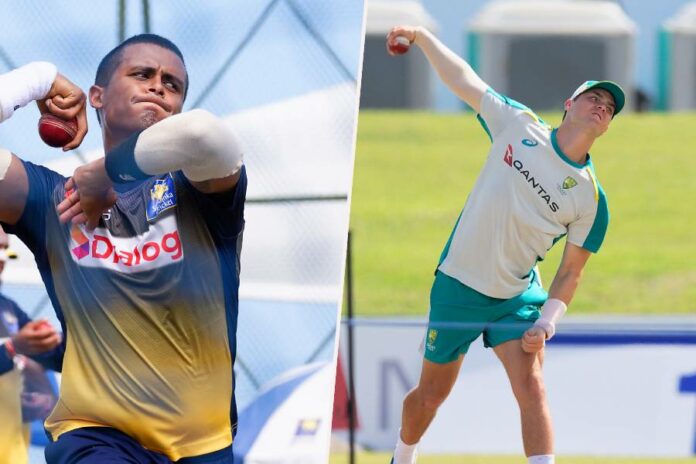 The two-match Test series, played for the Warne-Muralitharan trophy, will see the first game being dedicated to the late spin king Shane Warne, who passed away earlier this year.

In terms of selections, Australia captain Pat Cummins confirmed that leg-spinner Mitchell Swepson will partner senior spinner Nathan Lyon in the playing XI for their first Test match in Sri Lanka since 2016.

“We didn’t consider Jonny (Jon Holland) for this one. He came in a little late and his finger wasn’t quite right. We’re really happy with Swepo (Mitchell Swepson). Think he is bowling beautifully and really ready for this one. I think his role here might be slightly different as well. In Pakistan, we knew it was going to be a slow grind and I thought he did his job despite not taking the wickets he would like. He was a really important cog in that bowling engine. It’s always exciting having a leggie in the side as a captain. It feels like a real luxury to throw him the ball and see him go about it.” Cummins said on the eve of the first Test.

Doubts remain on Travis Head’s fitness as he is reportedly still not 100% fit after sustaining a hamstring injury during the ODIs. If Head is deemed unfit, Glenn Maxwell will take his place in the side.

However, if he is fit, Australia are set to play the same team from their last Test match against Pakistan in March. Australia won the three-match Test series in Pakistan, 1-0.

When Australia last visited Sri Lanka in 2016, the tourists suffered a 3-nil defeat at the hands of the hosts, led by their talisman Rangana Herath and Dilruwan Perera, spinning a web around the Aussies. However, the current Sri Lankan spin attack may not pose as potent a threat to the seasoned Australians. Despite this, they remain wary of the challenge ahead of them.

“These conditions, I think Sri Lanka play well over here. It’s quite different to what we experience in Australia. That’s the challenge of trying to win overseas. A lot of our preparation work has been around trusting our own methods. We might go about it a little

bit differently to Sri Lanka will. They’re going to pose a challenge but we are up for it.” Cummins further stated. 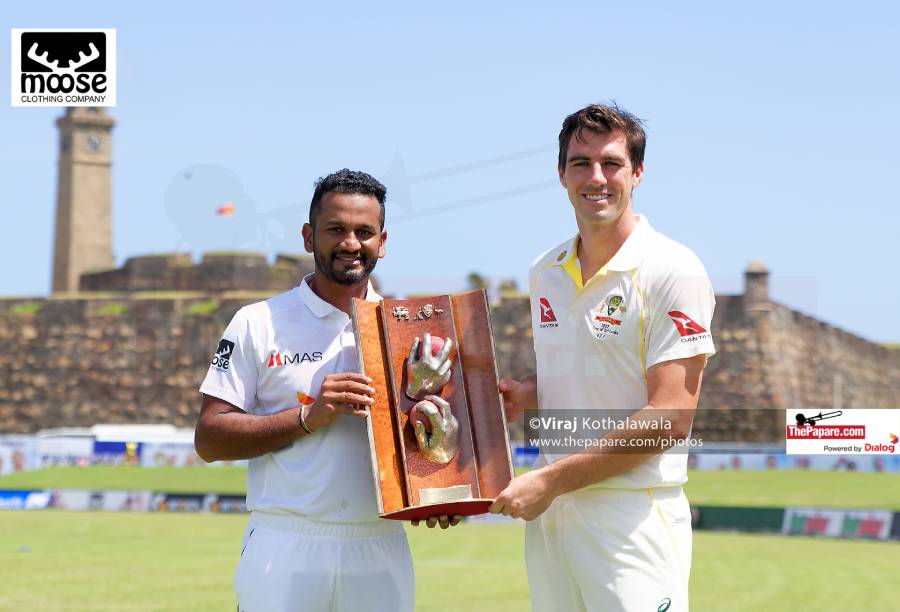 The hosts, Sri Lanka are also likely to include right-arm leg-spinner Jeffrey Vandersay in their playing XI to give some variety to their three-pronged spin attack. Vandersay, who is yet to play a Test match, impressed during the recently concluded ODI series, picking up 5 wickets in 4 outings. Having played 55 first-class games since 2011, Vandersay is primed for a debut in favourable conditions in Galle.

The 32-year-old, if picked, will most likely partner up with off-spinner Ramesh Mendis and left-arm spinner Lasith Embuldeniya. The home team will field only one seamer in Asitha Fernando, who took 10 wickets in their last Test in Bangladesh.

“Our spinners couldn’t perform well in Bangladesh. We found out what our shortcomings were after that series. Our spin bowling coach Piyal Wijetunge has worked hard with our spinners. When I batted in the nets, I noticed that there was some improvement. I think they will fulfil the job for me in Galle.” Sri Lankan skipper Dimuth Karunaratne said to the press.

Top order batter Pathum Nissanka, having missed the Bangladesh series due to an injury, will return to the playing XI as sKarunaratne’s opening partner at the expense of Oshada Fernando.

“I am quite happy if the bench is strong because we can always fall back on someone equally competent in case there is a gap to be filled. Pathum Nissanka went out of the squad because of an injury. Now that he is fit, you have to give him back his place, so Oshada Fernando will have to sit it out. As a captain, I am happy to have a strong bench not only for the opening slot but for each and every position.” Karunaratne said.