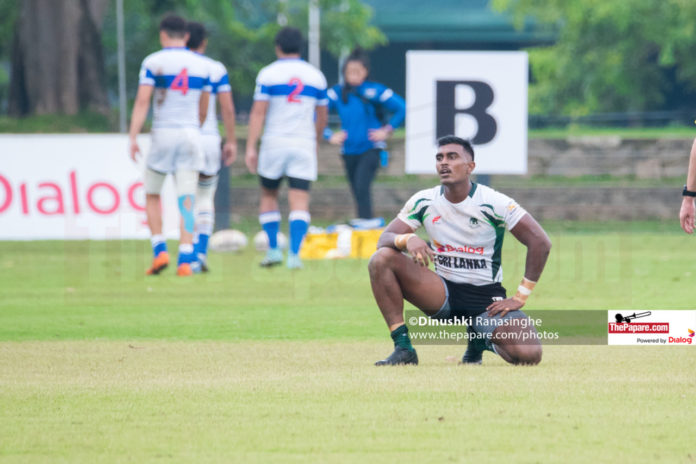 Earlier this week Asia Rugby announced the cancellation of all tournaments which were scheduled to be held in the first three quarters of 2020 due to the prevailing Covid-19 situation across the globe.

In the statement issued announcing the cancellation, Asia Rugby President, Mr. Qais Al Dhalai showed his concerns surrounding the “welfare and safety of the players, fans and everyone involved is Asia Rugby community.”

But ThePapare.com managed to speak to, Mr. Ghaith Jaljel, the Manager West Asia Development, and according to Mr. Jaljel, the organizing bodies and authorities are “currently assessing the Fourth Quarter of the Asia Rugby Calendar and will make a decision as to which competition(s) will be moved to the October – December 2020 window.”

That message gives hope to all rugby fans in the Asia rugby circuit as the possibility of a shortened Asia Rugby Sevens series (just 1 leg instead of the usual 3), which may also act as the Sevens World Cup qualifiers (without having to organize another tournament). Implementing the same concept for the XV’s Asia Rugby Championship can save the XV’s tournaments from going in-vain as well.

But Asia Rugby is yet to give clear directions to the respective unions of each country and announce the renewed calendar for this year.