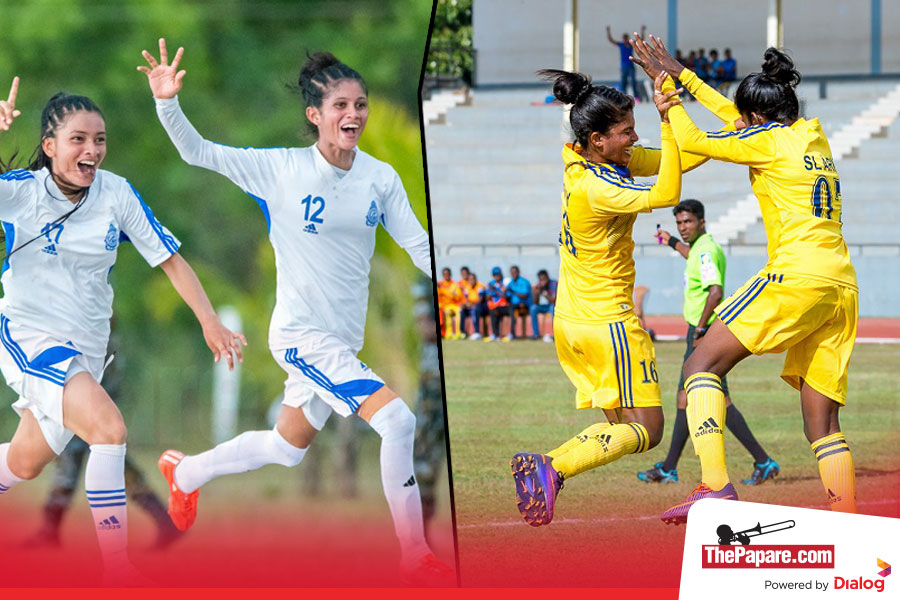 Army SC hammered a clueless Police SC 6-0 in the Premier League Women’s Division I encounter worked off at the Diyagama Mahinda Rajapaksha Stadium.

Army the much fancied outfit started off on the front foot from the word go as they bagged the lead as early as the 3rd minute through Erandi Liyanage. They took a strangle hold of the game from that point onwards as the Army forwards were relentless in attack.

Police had very little up their sleeve as they couldn’t muster a solitary shot on target during the first 45.

Army kept piling on the goals on regular intervals to go into lemons with an unassailable lead intact. Nalika Karunaratna and P.H.Upeksha got onto the score sheet while Liyanage completed a thumping first half hat trick.

Despite Army not taking their foot off the gas, in the second half their clinical finishing seemed to have evaporated. Though many chances were created their own inability to finish off their moves seemed to have let them down.

With waves and waves of attacks at the Police fort it seemed as though the lady cops will break any time. However they managed to hold fort to keep the Soldiers at bay as the frustration in the Army camp grew.

Police held the Army ladies till the end as they restored some pride for themselves despite going down by a resounding margin. Nalika Karunarathna had a couple of assists to add to a slip finish during the first half as she dominated the right for the lady Soldiers.

Speaking to ThePapare.com post match, the coach of Army SC N.A. De Silva “We played well in the first half and took our chances. The second half was disappointing despite creating so many chances we couldn’t finish a single opening and that’s not acceptable. We hope to improve on that before our next game.”

Navy SC were leading 1-0 when a thunderstorm forced the match to be abandoned in the 67th minute at the Air Force Grounds, Ekala.

Air Force had the better of the chances in the first half but neither side was able to break the deadlock.

However early in the 2nd half Navy was gifted the lead when an Air Force player headed into her own net under pressure. Soon after the heavens opened up and even though play continued for a few minutes conditions became unplayable and the referee had to halt the game.