Home Rugby National Rugby Another cup semifinal for the Tuskers 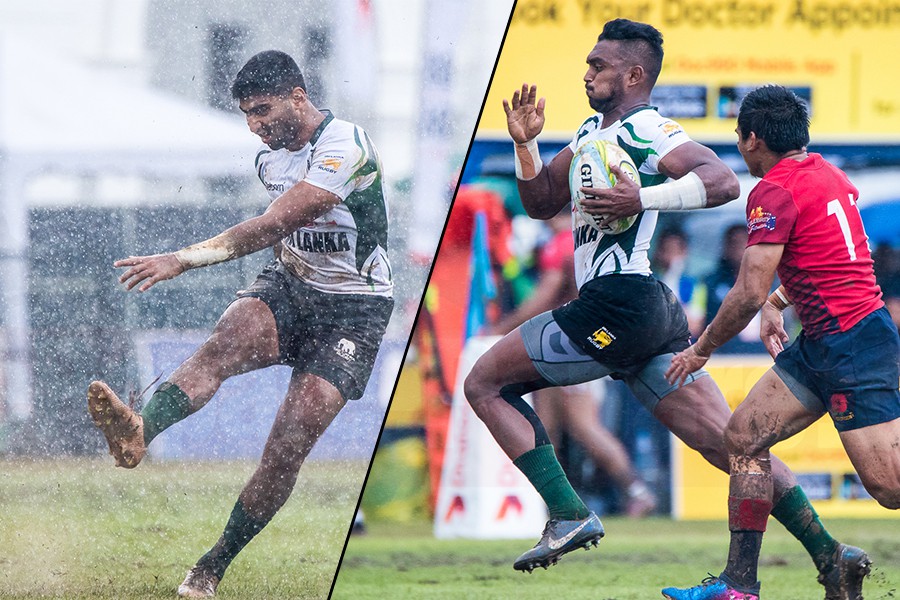 Sri Lanka advanced to the Cup semi-finals after a resurgent 2nd half performance, scoring 17 points against Malaysia in their Asia 7s series 3rd leg currently underway at the Racecourse International Rugby stadium.

The win sets up a challenging semi-final clash against Hong Kong for the Tuskers.
It was the Malaysians who got into the scoreboard first with Seru Naqasima going over for an unconverted try off a 5 meter scrum. Sri Lanka however responded immediately through Jason Dissanayake after some good work by Danushka Ranjan who covered over 60 meters before offloading it to Dissanayake to add the finishing touches. Ratwatte’s conversion attempt was not good enough and but the scores were level.
Malaysia kept things tight using their bigger made players forcing the Lankan defense to commit in defense. Sri Lanka to their credit stepped up to the challenge and held on depriving their opponents of any scoring.

The Tuskers got off to the perfect start in the second half with skipper Sudarshana Muthuthanthri scoring a magnificent try using his brute strength to crash through mid-right.  The home team extended their lead further a minute later through Danushka Ranjan who sped along the left corner flag to score his 10th try in the series. Both tries went unconverted yet the Lankans were ahead by 15 points to 05.
The issue was put beyond doubt when Sri Lanka scored their 4th try in the game through Danush Dayashan in the 12th minute and it was yet again after some good work by Danushka Ranjan. Kevin Dixon put away the easy extras as the Lankans sealed the win and advance to the cup semi-finals.

Sri Lanka vs Hong Kong will be worked-off at 3.56pm – catch it live on www.thepapare.com