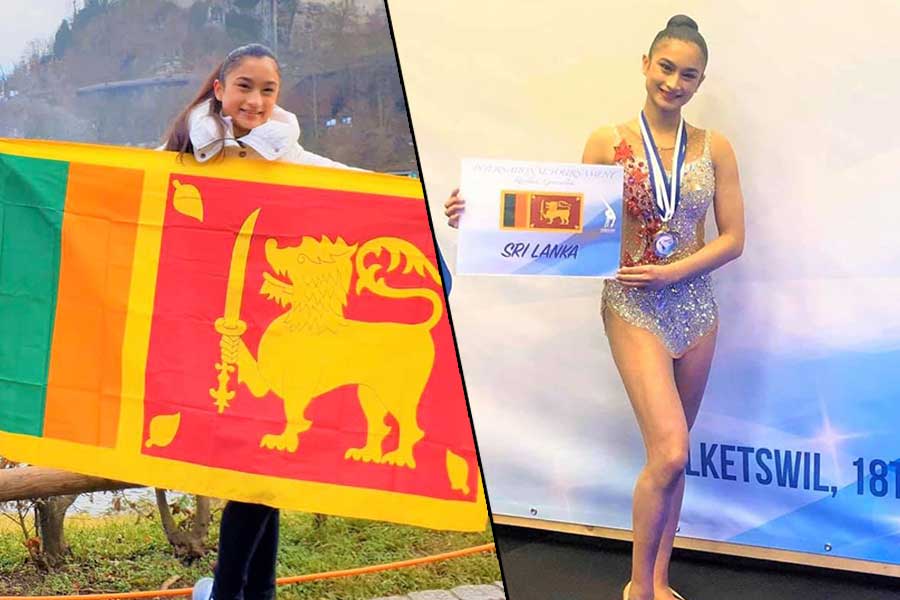 pursuing a professional career in gymnastics in its many forms. She has competed in both national level competitions in Canada and international events representing Canada, then choosing to switch and compete for Sri Lanka in international gymnastics events.

The Sports Centre Gries in Volketswil, Switzerland was the venue for the first ever International Competition of Rhythmic Gymnastics in the country on the 18th and 19th of January. Over 300 gymnasts from 18 countries all over Europe, including Switzerland, competed at this event.

In the Rhythmic Gymnastics event, Anne-Marie Ondaatje won Gold representing Sri Lanka. She will be looking to score an Olympic qualification throughout the next six months leading up to Tokyo 2020.