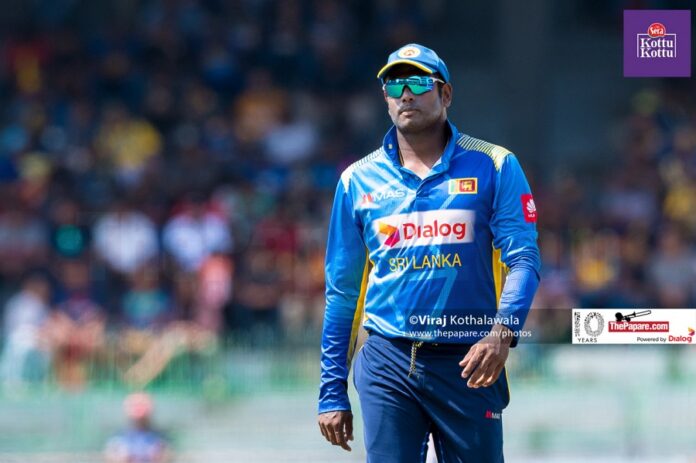 Former Sri Lanka captain Angelo Mathews has made himself available for selection after taking a break from the game in July 2021.

According to sources, Mathews has informed the selectors of his return and willingness to play in upcoming fixtures.

The 34-year-old had taken a break from cricket for personal reasons in July this year. There were speculations regarding an impending retirement from the game too during this period.

Even though he may not be able to take part in the upcoming ICC Men’s T20 World Cup, for which Sri Lanka has already named their squad, Mathews will be available for the Tests against West Indies in November.

He is also set to play in the Lanka Premier League 2021 and also represent Colombo Colts CC, in the upcoming domestic season which begins on the 27th of October.

Mathews last played international cricket for Sri Lanka in May 2021 against Bangladesh in a home Test series.