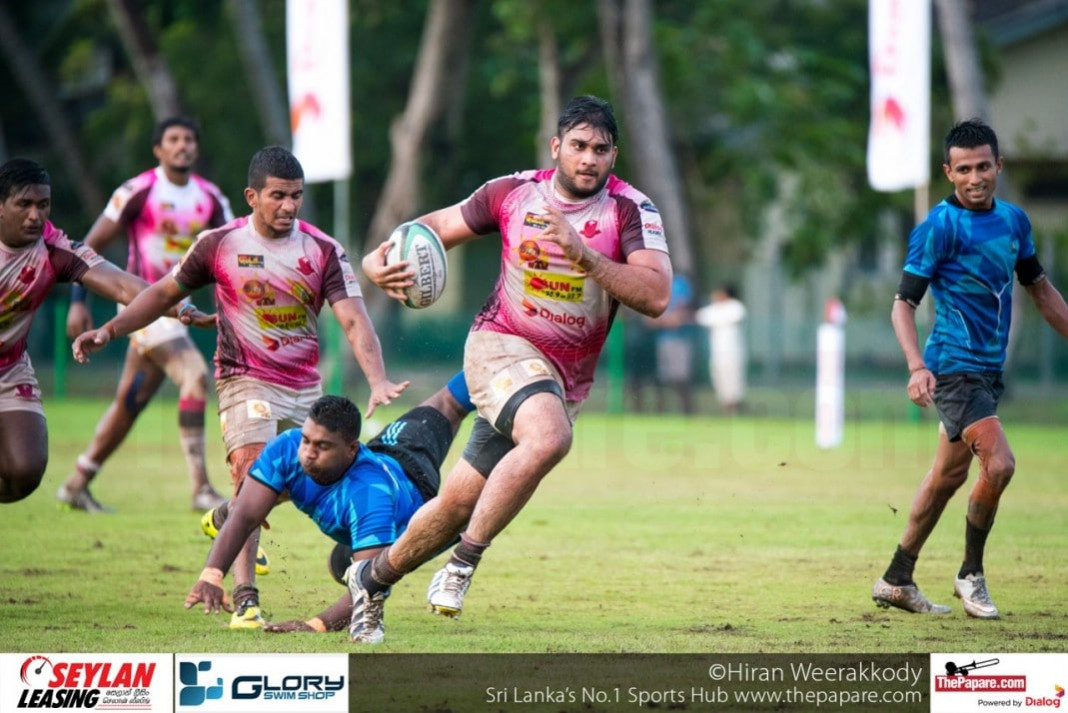 Havelocks got some scoring opportunities in the first few minutes of the game but some decision making errors prevented them from making early inroads. But no one could prevent Nishon Perera the Havelocks outside centre from scoring when a long cutout pass by Niroshan Fernando to Nishon saw him dashing 40 meters  to the try line leaving the opponent unable to match up his speed. (00-07 to Havelocks)

The Air Force came back strongly with an immediate answer when Thilina Bandara charged down the clearing kick from Havelocks in their 10 meter line and touched down the first try of the season for the home boys. The try was not converted. (Air Force 05-07 Havelocks)

Then arrived the passage of play when Air force dominated the proceedings but they couldn’t put the finishing touches which meant Havelocks were etching for possession which they received when an interception by the Havies hooker Prasath Madushan got his team towards the 22 meter line and from the formed ruck Sharo Fernando powered himself over the Air Force skipper Gayantha Iddamalgoda to score the second try of the game. Dulaj converted the try. (Air Force 05-14 Havelocks)

The Air Force Centre Charith Senevirathne kicked- off the second half as Air Force aimed to close the points gap and the first few minutes brought about a kicking game between both sides because of the wet underfoot conditions at Ratmalana.

Havelocks got a penalty just outside the Air Force 22meter line which they opted for quick tap and that decision was justified when Hirantha Perera scored the first points in the second half. Hirantha’s small inside side step found a big gap in the Air force defense and added the much needed points for Havies. Dulaj couldn’t convert. (Air Force 05-22 Havelocks)

Shehan Dias was sent to the sin bin for continuous infringements in the ruck and Air Force received perfect opportunity to come back to the game but they couldn’t capitalize on it.  The Air Force was spot on in their set pieces during the game and their counter rucking was to the mark. Sadly the score line didn’t justify the game they played. The final try of the game was also scored by Hirantha Perera, yet  again when the Havies spread the line wide and Nishon broke the advantage line for them passing to Hirantha who with his speed and side stepping skills scored the try. Dulaj added the two points this time. (Air Force 05-29 Havelocks)

The final 10 minutes was scoreless as the Havies tried to extend the lead but the Sri Lanka Air Force lads defended fiercely.  Havelocks secured a bonus points by scoring four tries.