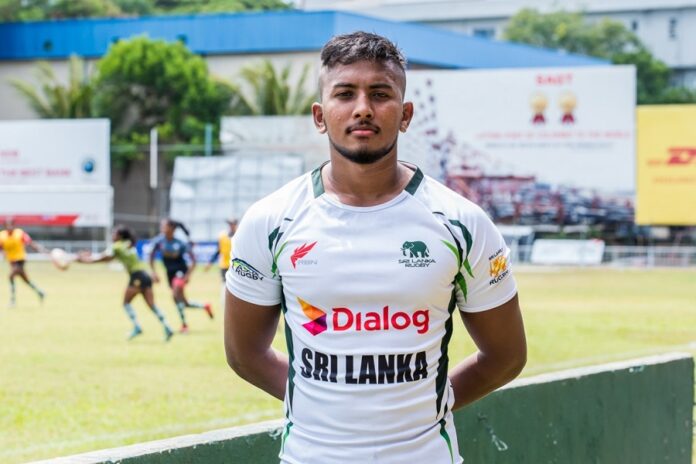 Former Isipathana College player and current Navy flanker, 23-year-old Adeesha Weerathunga, who made his national debut in 2018, is expected to lead a young and new-look Sri Lanka Sevens outfit at the Dialog Axiata Asia Sevens Series scheduled to be held in Dubai on the 19th & 20th of November.

The national selectors picked a squad of 20 players from the concluded Warrior 7s competition which was held on the 30th & 31st of October. The squad entered a bio bubble at the Sugathadasa Sports Hostel and commenced training under the purview of the team’s Head coach Nilufer Ibrahim and former England international, Ben Gollins, who has taken up the post of Director of 7s Rugby at Sri Lanka Rugby (SLR) for a short stint.

The 12-man squad is set to consist of 4 debutants. 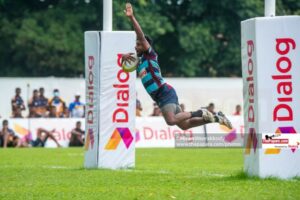 Kingswoodian, Nuwan Perera of Sri Lanka Airforce, who was adjudged the player of the tournament at the concluded Warrior 7s competition, is set to be rewarded for his good form with a debut national call up alongside fellow Airman Ishara Madushan who also played an important role in Team Airforce’s success in the competition.

Rugby 7’s Director of the SLR, Ben Gollins Spoke exclusively to ThePapare.com about the proposed squad for the Asian Sevens Series, – “The beauty is that the players are really buying into what we are doing and it’s been a very competitive squad and they’ve made making decisions (picking the squad) very difficult. I think we are happy with where we are at and it’s up to the group that has been selected to go and perform in Dubai”

When queried about the lack of experience and the debutants he added that “I think as a whole this has been a great opportunity for other players to showcase what they have got, they have shown it in the tournament, it’s been shown in training so it’s great that they can be rewarded with this opportunity now to go and represent Sri Lanka in Dubai. They are a great group and have been great to work with, they listen well and they really want to come together and play well.”

He went on to state its important to focus on the team’s capabilities rather than worry about the competition, when asked about what SLR expects from the competition “At the end of the day we just have to focus on ourselves, if we do that, we will put our selves in a good position. This stage there’s a lot of unknowns in the oppositions as would be the same if they were looking at Sri Lanka based around the issues which the pandemic has caused teams. From our standpoint we will really focus on how we want to play and build through that and I believe that the players, if they really do play to their strengths and play well as a unit, that we can cause some upsets in the tournament”

Selectors have also picked a women’s squad of 12 players pending approval from the Ministry of Sports for the competition. Unlike the Men’s team where the squad was picked from a tournament where players from non-participating Kandy SC & CR&FC teams missed out on national selection, a squad of 40 shortlisted women’s players commenced residential training before pruning it down to 20 after intrasquad games. Due to this approach, the women’s team, despite not featuring some usual names, has plenty of experience in their ranks with only Dilani Polewage set to make her debut appearance in national colors.