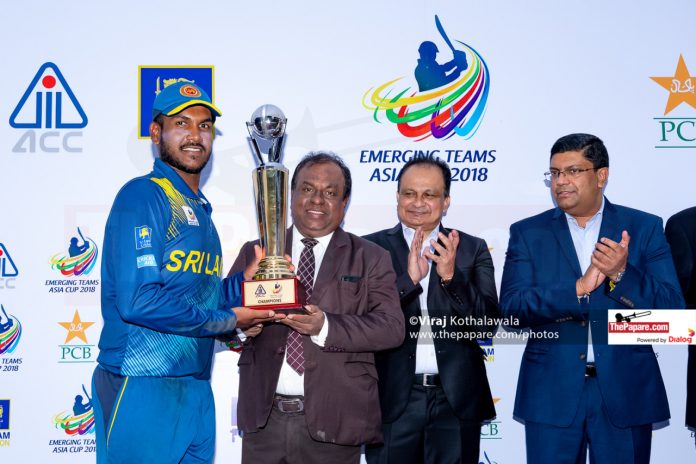 The Bangladesh Cricket Board has released the fixtures for the upcoming Emerging Teams Asia Cup which will be held in Bangladesh in November 2019.

The Emerging teams from 8 member nations of the Asia Cricket Council will take part in the tournament. Alongside Test playing nations Sri Lanka, India, Pakistan, Bangladesh and Afghanistan, associate teams like UAE, Hong Kong and Oman will contest for the title.

The tournament will begin on the 14th of November, with the teams divided into 2 groups. Sri Lanka, Oman, Pakistan and Afghanistan make up group ‘A’ while India, UAE, Bangladesh and Hong Kong will contest in group ‘B’.

All group ‘A’ games will be played in Cox’s Bazar while the group ‘B’ games are supposed to be in Dhaka.

Read More : Kamindu Mendis puts up a show at Hambantota

The top two teams from each group will advance to the semi-finals which will be played at the Sher-e-Bangla National Cricket Stadium in Dhaka on the 20th and 21st of November, followed by the finals at the same venue on the 23rd of November.

It is understood by ThePapare.com that the Sri Lankan contingent for the tournament will be led by Charith Asalanka who initially led the team last year before falling prey to an injury in the tournament opener. The Lions went on the win the tourney on home soil last year and will look forward to defending the title in Bangladesh.

Sri Lanka Cricket has not yet announced the squad for the tournament. They have their first-round games scheduled for 14th, 16th and 18th of November.

Stay logged on to ThePapare.com for news about the tournament. 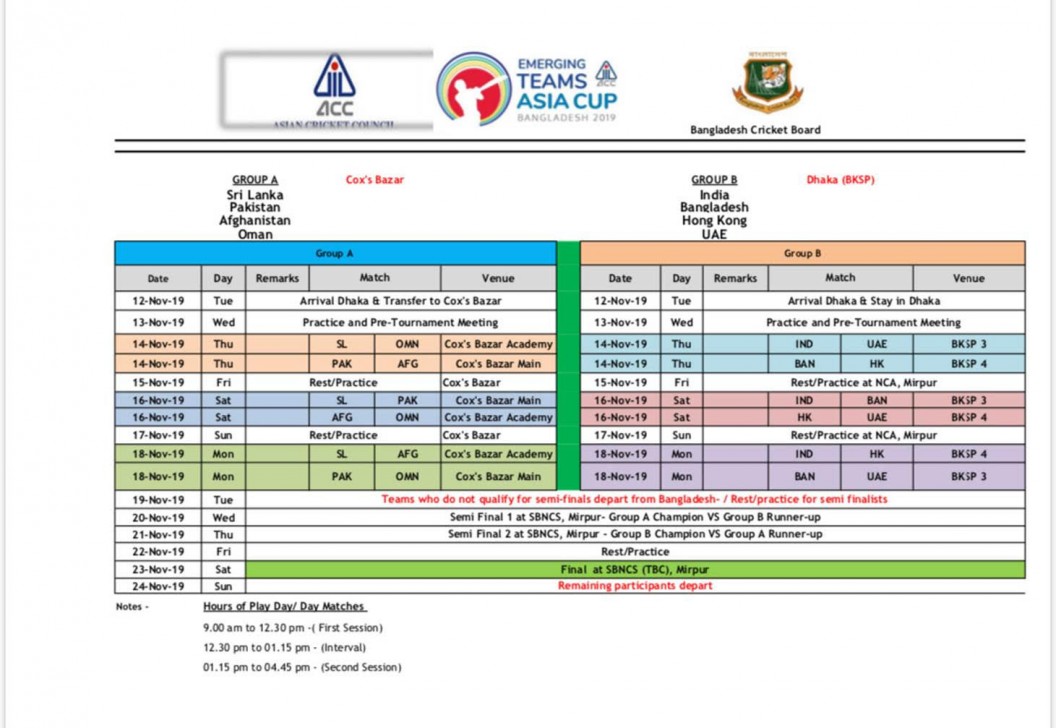