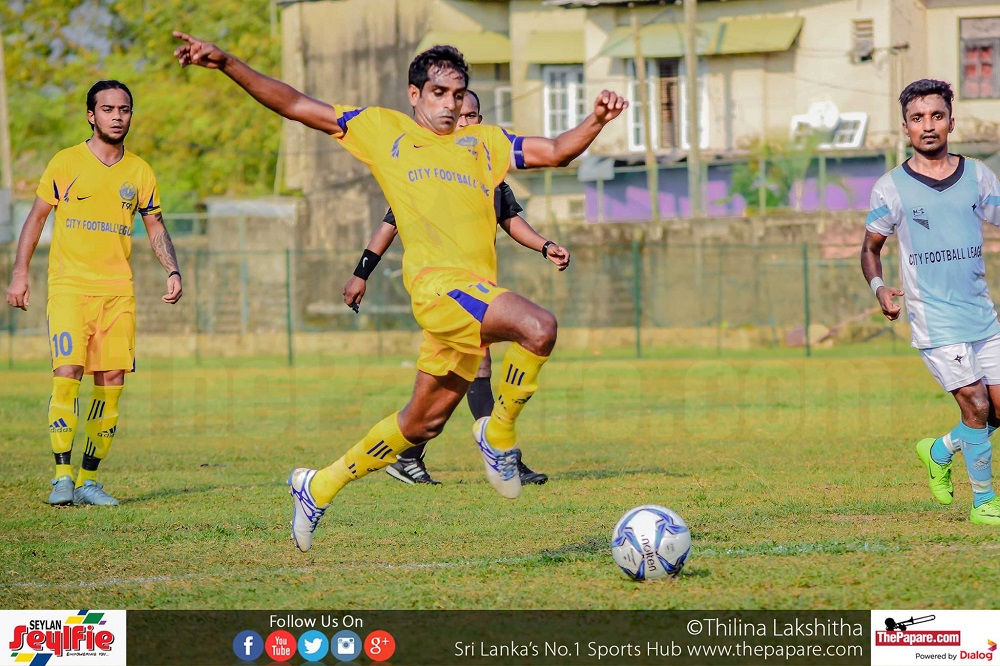 Moragasmulla was on the back of a shock 2-0 win against Dialog Champions League winners Colombo FC while Saunders was playing their first match of the competition.

Saunders started off the brightest but poor finishing denied goals especially when Suntharaj Niresh had an open goal with the goalkeeper Ravindu Rukshan stranded but could only fire it wide.

Despite the missed chances Saunders kept possession and with it piled the pressure on their opponents without allowing any respite. Saunders was awarded a free-kick 30 yards off which ultimately proved to be the difference in the game.

Abeysekara stepped up and drilled a powerful shot over the wall, which swirled in the air, went past the outstretched hands of Rukshan bounced off the underside of the crossbar and into the goal. With a goal to remember Abeysekara celebrated with his teammates while the fans were equally ecstatic.

Neither side managed to string together significant moves after the goal as referee Lakmal Weerakkody blew for half time.

Normal services resumed after half time as once again Saunders dictated terms but without any success. They would create a few chances but good goalkeeping prevented the score from swelling.

As the game went on Moragasmulla steadily came into the game relying on their counter attacks. With the inclusion of the pacey Sri Lanka U19 player Dilan Madushanka, Moragasmulla created a few headaches to the Saunders back four who gave away a few free-kicks which the opponents were not clinical enough to take advantage of.

Madushanka and G.S.Priyawansa had opportunities to score on the counter attack but indecision and good defending negated those threats. On the other end Sanoj Sameera had one of the easiest of chances with just the keeper to beat but could only manage to shoot just over the crossbar for Saunders.

With time running out Moragasmulla’s task got even more difficult as Priyawansa was sent off for a 2nd bookable foul.