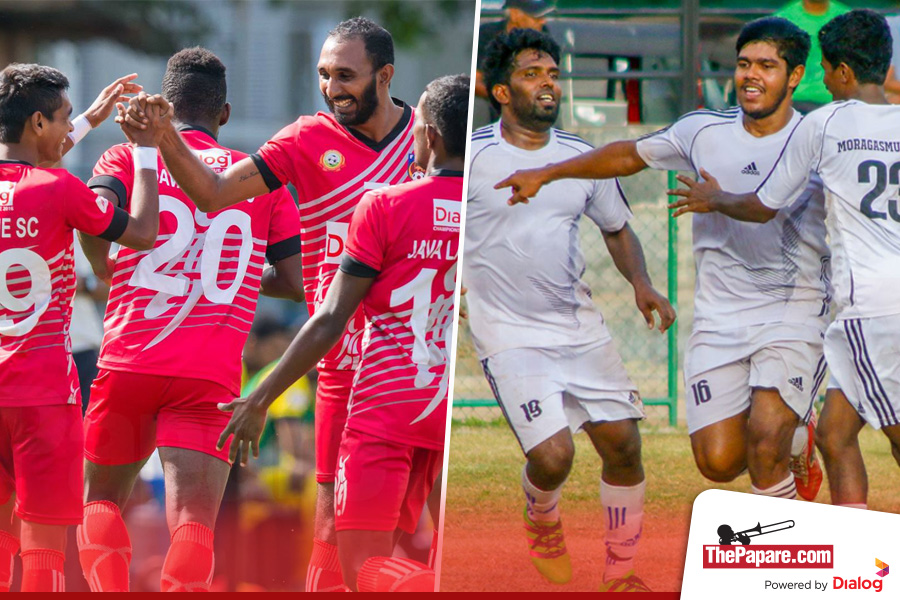 Java Lane who got demoted to Division I from the Champions League weathered a late furious charge from Renown to win 3-2.

It was Naveen Jude, the only shining light from Java Lane’s miserable Champions League campaign, who gave the Slave Island lads the first goal in the 23rd minute.

After half time Emmanuel Uchenna doubled the lead in the 65th minute before Mohamed Aleem added the 3rd in the 82nd minute with Renown pressing high up in search of goals.

However Renown staged a comeback with Mohamed Fazal scoring in the 86th minute and skipper Mohamed Rifnaz cutting the deficit to just one in the 90th minute but it was too late for the club from Kotahena as Java Lane held on to a morale boosting win.

Day two of the competition produced an even bigger shock when Colombo FC, merely a week into their Champions League triumph, was beaten by the clinical Moragasmulla SC.

Moragasmulla, who will be playing in the Champions League this season after winning the 2016 Premier League Division I defeating Pelicans SC, took advantage of the limited chances they got while poor finishing once again proved to be the downfall of the champions as well as some brilliant goalkeeping from Moragasmulla’s Tharindu Rukshan.

Moragasmulla went into half time with a goal from Isuru Priyankara in the 44th minute and finished off the game in the 86th minute through a goal from star U19 player Dilan Madushanka.