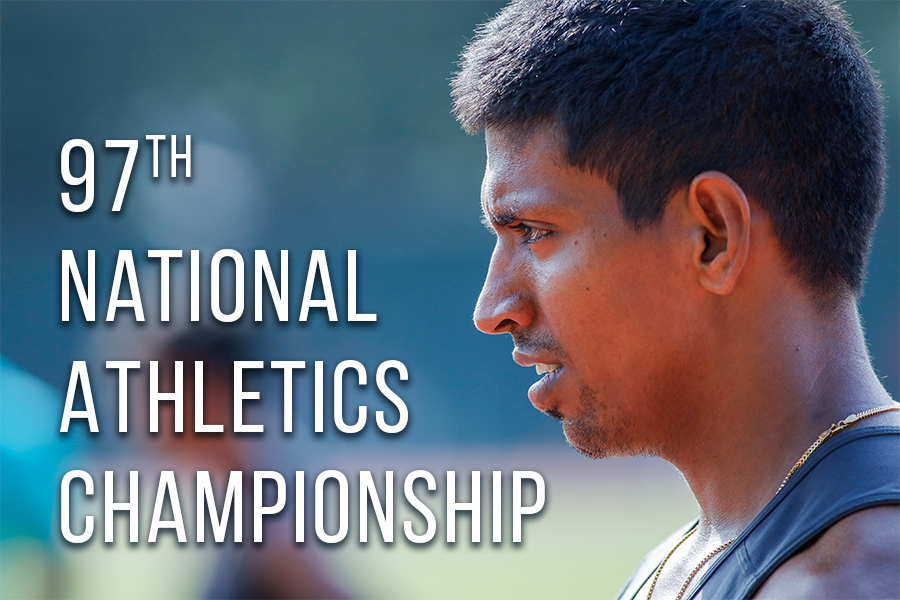 The biggest in the calendar, the National Athletics Championship 2019 comes alive on the 16th August at the Sugathadasa Stadium Grounds, in its 97th successive occasion.

The National Athletics Meet was brought back to Sugathadasa in 2018 and will continue its course on the synthetic track in its 97th edition. The cream of the sport from across the island will compete over National honours in the 3 days of competition (16th – 18th August).

With a newly introduced rule by the SAG committee, where all participating nations are allowed just one athlete per event (with the hosting national being exempt from the rule), most athletes have lost faith in the system. This has resulted in a low turnout in women’s events, with just 147 so far while 486 entries have come from the Men’s events.

The Athletics Association of Sri Lanka has also not been able to find sponsors to come on board the 97th National Athletics Championship, thereby, the Asian Athletics Federation has come in with the funds, $5000, to run the tournament.

In a press conference held by the Ministry of Sports to discuss the progress and operational status of the Sri Lankan contingent for the upcoming South Asian Games, Director General Dammika Muthugala stated that a total of 605 athletes from 27 sports will be allowed entry at the SAG 2019.

Out of which, 72 athletes will represent Sri Lanka in the Track & Field events, 36 male and 36 female, along with 74 technical officials. However, the final athletic contingent is far from being stamped. It has been made clear that the preliminary athletics squad will be determined at the 97th National Athletics Championship which will kick off on the 16th August.

Further, the recently concluded Vietnam Open Athletics Meet saw three of our best, Himasha Eshan, Sumedha Ranasinghe and Vidusha Lakshani, trying to squeeze World Championship qualification timings in their respective events. Even though they concluded the meet on a high with 3 medals among the three of them, their performances were just not enough to make the World’s mark.

Men’s 400m star Kalinga Kumarage will miss this year’s Nationals on account of a doping ban. One of Sri Lanka’s best, Manjula Kumara and his high flying jumps will not see the light in Colombo as he is currently in Australia.

Hiruni Wijayaratne, Sri Lanka’s long distance record holder will compete in her first ever Sri Lanka Nationals this year. The USA trainee, will return to Sri Lanka to compete in the 5k and 10k events, and she will participate in a Colombo Night run during her visit.

Sri Lanka’s only Youth Olympic 2018 medalist, Parami Wasanthi will be returning to the track with Shelinda Jansen. SAG defending champions Rumesihka Rathnayake and Indunil Herath will also be giving it their best to book their spots in the 2019 SAG pool.

The Athletics Association of Sri Lanka will be looking to send the Sri Lankan Athletics contingent at least a month prior to Nepal to get more accustomed to to the weather. They will also consider an invitation for a 10-member team to compete at the India Nationals Athletics Championship, in September.

The National Athletics Championship will attract thousands of top athletes from across the island, giving each individual three days to prove their worth to be on the Sri Lankan squad to compete at the South Asian Games and defy the best to achieve World Qualification times.

ThePapare.com will be bringing you an extensive coverage of the 97th National Athletics Championship from the 16th – 18th August through articles, photos, highlights, interviews and more!

Keep it logged right here for more news from the track!