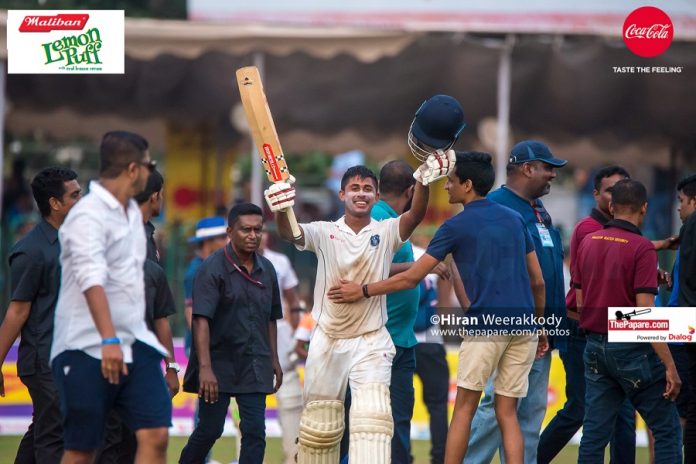 Dineth Jayakody slammed a terrific hundred with the support of fresher Sadeesh Jayawardene’s half-century as St. Joseph’s College took major honours on day one in their 86th Battle of the Saints cricket encounter against St. Peter’s College on Friday at P. Sara Oval Grounds.

After being four down for 43, Jayakody and Jayawardene broke the record for the all-time Josephian fifth-wicket partnership against their arch-rivals, adding 148 unbeaten runs to take the boys from Darley Road to 191 for 4 at stumps. They broke the record of Kirthi Caldera’s and Carlyle Perera’s 141-run stand made in 1957.

Jayakody, after scoring two half-centuries in the previous two editions, reached the magical three-figure mark late in the day in 110 balls. His brilliant innings consisted of 12 fours and 2 massive sixes. 15-year old Jayawardene played the second fiddle scoring 50 off 84 balls as the Peterites lost the plot with the ball.

Some disciplined seam bowling by Vinuda Liyanage and Trishen Wickramasinghe removed the Josephian top order early on. Captain Johanne De Zilva was struck plumb in-front by Liyanage, while his opening partner Sheran Fonseka chopped one onto the stumps of Wickramasinghe.

Both, Shevon Daniel and Dunith Wellalage were dismissed by Liyanage as the left-arm spinner turned seamer took three crucial wickets.

Earlier on day one, after being sent into bat, St. Peter’s College made a cautious start but lost wickets at regular intervals as last year’s Josephian captain Ashian Daniel ripped through the Peterite batting lineup. Off-spinner Daniel was the pick of the Josephian bowlers taking 4 for 70, bowling 25 overs. 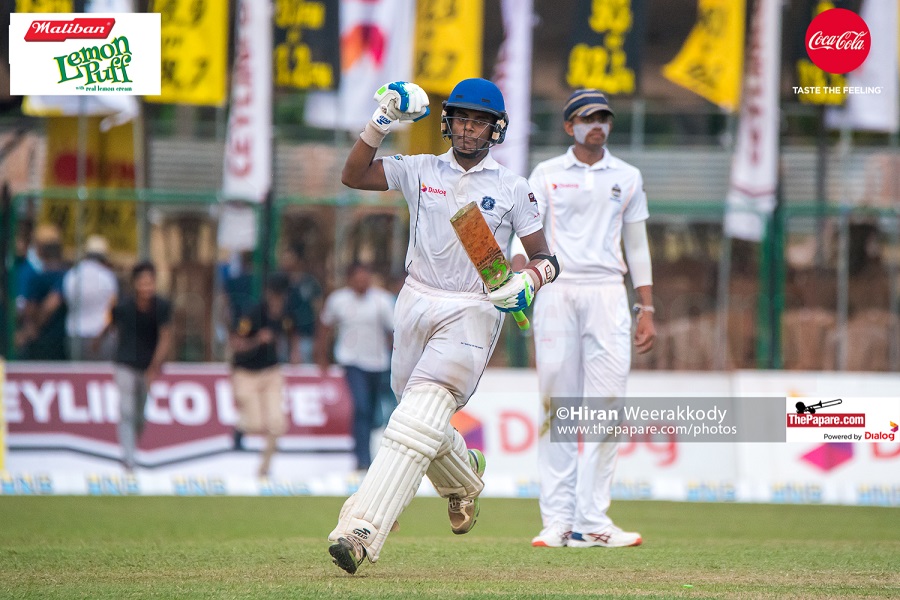 Fresher Lahiru Dawatage, batting at number four, anchored the Peterite innings with a fine 95-ball 64 which had 4 boundaries and 4 sixes. He was ably supported by Wanuja Sahan, who made 48 off 72 deliveries. Both Dawatage and Sahan shared a crucial 80-run stand for the sixth wicket. The Josephians, however, restricted the Peterites to 224 in their allotted 60 overs.

St. Joseph’s College trail by 33 runs with 6 wickets in hand. They will try and push for a bigger lead with 18.2 overs remaining in their first innings.

105 overs are scheduled for day two with play set to resume at 9.30 am on Saturday.